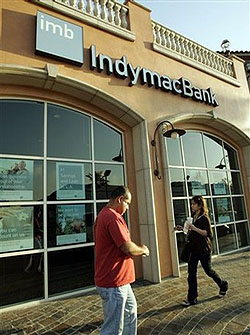 Some possibly disturbing news from the Wall Street Journal:

The Obama administration is backing away from seeking a major reduction in the number of agencies overseeing financial markets, people familiar with the matter say, suggesting that the current alphabet-soup of regulators will remain mostly intact.

….The administration, for example, is unlikely to call for merging the Commodity Futures Trading Commission and the Securities and Exchange Commission, an idea it had considered, these people say. It also isn’t expected to call for the Federal Reserve, Federal Deposit Insurance Corp. or the Office of the Comptroller of the Currency to cede their primary authority to supervise banks, they say….Officials worry that trying to start from scratch could ignite messy turf battles that might slow or even derail the entire process.

I’m not necessarily dedicated to the idea that a single bank regulator is an absolute necessity, but it sure seems as though a root-and-branch reform — which is a necessity — is going to require a considerable amount of consolidation.  If the Obama administration is backing off from this already, it’s a bad sign.

I’m not always in favor of these box drawing exercises.  I’m still not convinced, for example, that creating a Director of National Intelligence was a great idea.  But bank regulation in the U.S. really is archaic, and it really is counterproductive to have so many regulatory bodies that banks can choose from.  Having two or three with clearly defined mandates to supervise well-defined sectors — or possibly well-defined spheres of activity throughout the entire industry — is probably OK.  Having a few different agencies around to disagree with each other is a good thing.  But half a dozen with fuzzy responsibilities?  That better not stay on the table for long.