Frederick Cannon, an analyst with KBW, says that if unemployment hits 12% Wells Fargo is likely show over $100 billion in losses and will need to raise another $25 billion in capital.  Matt Yglesias comments:

This is why nothing you near from the financial sector about how all’s well should be taken too seriously. It’s true that given very bank-friendly monetary policy it’s easy for banks to run an operating profit. But most of these large banks are zombies — insolvent. 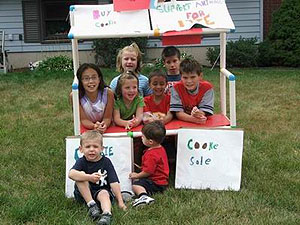 They’re only able to run an operating profit because they’re not going out of business and being liquidated. And the reason they’re not being liquidated is government guarantees. It’s as if I had a profitable business selling cookies, except I didn’t actually have any cookies to sell and was just putting government-provided cookies in boxes, then bragging about how profitable my company is and how the government should stop hassling me about paying myself a bonus.

Without actually signing on to the cookie metaphor here, there’s a pretty good chance this is right.  Without the combination of TARP and the extraordinary bundle of loan guarantees and liquidity tsunamis engineered by the Fed over the past couple of years, Wells Fargo might very well be out of business.  It’s impossible to say this for sure, of course, just as it’s impossible to say if unemployment is going to hit 12%.  But if it weren’t for government intervention, it’s a good bet that nearly every big bank in the United States would either be insolvent or so close as not to make any difference.  And instead of losing a few points of GDP, we’d be in another Great Depression.

Megan McArdle thinks that, from a libertarian perspective, maybe this is what should have happened.  Ben Bernanke may have saved the economy, but he only did it by intervening against the market, and worse, doing it in ways that the public and its elected representatives never would have supported if they’d had a say:

I think that the political process will hopelessly screw up the management of this crisis….But maybe The People, God bless them, deserve to screw up their economy if they want.

The uncomfortable conclusion I’m coming to is that yes, they should.  Ben Bernanke should be hamstrung even though it’s likely that this would make everyone worse off.  And people who advocate for ending the independence of the central bank should be willing to accept all that this entails:  inflationary monetary policy (the people love inflation!), bad and unpredictible banking policy, the collapse of the US economy.  I just wish I didn’t have to go along for the ride.

Me too!  This may be the best argument I’ve ever read for not being either a libertarian or a pure small-d democrat.