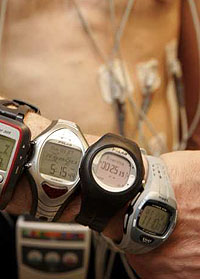 Apparently the results of the stress tests being done on big banks will be revealed publicly after all.  Sort of:

The administration has decided to reveal some sensitive details of the stress tests now being completed after concluding that keeping many of the findings secret could send investors fleeing from financial institutions rumored to be weakest.

While all of the banks are expected to pass the tests, some are expected to be graded more highly than others. Officials have deliberately left murky just how much they intend to reveal — or to encourage the banks to reveal — about how well they would weather difficult economic conditions over the next two years.

….“The purpose of this program is to prevent panics, not cause them,” said one senior official involved in the stress tests who declined to speak on the record because the extent of the disclosures were still being debated. “And it’s becoming clearer that we and the banks are going to have to explain clearly where each bank falls in the spectrum.”

I’m not quite sure if this qualifies as good news or bad news.  Transparency is generally good, especially where billions of taxpayer dollars are concerned, but at the same time, there’s no way Treasury would be doing this unless they’ve already decided that everyone is going to pass the tests pretty handily.  That’s not so good.  Judging from the tone of this piece, it appears that there are going to be two grades handed out: “Great!” and “Maybe just a wee bit shy of great but still pretty damn good!”  If that’s what we end up with, this is transparency we can probably do without.