Via Matt Duss, former Bush speechwriter Christian Brose takes a poke at liberals who have painted the new Foreign Policy Initiative talking shop as just the latest in a long series of neocon warmongering fests:

All that you suspect is true. Bill Kristol, wearing a Viking helmet and a bone through his nose, exhorted the participants to invade Chad, just because. He may have listed other countries, but he was speaking in tongues and war whoops half the time, and my Neo-con-to-English translation kept dropping out. Bob Kagan followed, bare-chested (as usual), in full war paint, banging the Mayflower china with a combat boot, shouting that America needed to put 10 million men under arms to extend its hegemony (benevolent, of course) into the Arctic, shouting something about the road to Moscow leading through the North Pole. 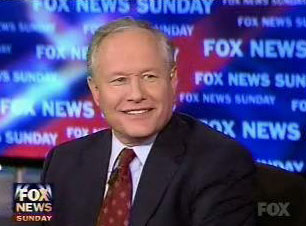 I saw this with my own eyes, people.

If only. It would have been a lot more exciting, that’s for sure. As it was, the conference was a pretty staid affair.

But look: that’s the whole point.  Bill Kristol and Bob Kagan and all the rest of their neocon bretheren (and sisteren) are sober, suit-wearing, well-modulated members of the foreign policy establishment.  If you listen to what they actually say, they’re every bit as radical as any pony-tailed denouncer of empire from the wilds of Berkeley, but they rarely get called on it because they just sound so damn reasonable while they’re suggesting a 3-week bombing run to wipe out Iran’s nuclear facilities.

Kristol is, within the boundaries of polite society, always in favor of the maximally provocative, maximally militaristic response to any foreign policy problem.  He’s about as extreme as you can get this side of the Michigan Militia.  But he wears a nice suit, has a good sense of humor, and makes his doctrine of endless interventionism sound almost soothing.  Who wouldn’t want to occupy the Middle East after listening to Kristol’s feel-good version of how it will all turn out?

So yesterday’s kickoff was “a pretty staid affair”?  Of course it was.  That’s the whole problem.