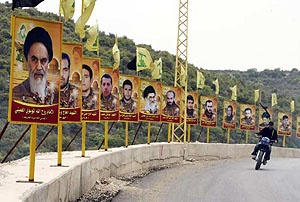 Over at Marc Lynch’s place, Gary Sick argues that the change in U.S. policy toward Iran since Obama took office is much greater than most people think:

There is a flurry of signaling by the US — both positive and negative: keeping pressure on Iran (Stuart Levey and restrictions on banks), reassuring Israel (appointment of Ross) & Arabs (Hillary’s downplaying of expectations at Sharm el-Sheikh), providing some funding for the Palestinians while pressing Israel to relax entry into Gaza, renewing an opening to Syria, talking about cutting US nuke stockpiles (US Ambassador Schulte in Vienna), talk of including Iran in Afghan security discussions (Holbrook), willingness to remove (anti-Iran) missile defense in E Eur while cajoling Russia on Iranian missile development, nice words from Obama (sometimes), harsh words from Susan Rice (always?), tough words from Adm Mullen, more soothing words from SecDef Gates, unified declaration about Iran by all five UN veto powers at the IAEA (without threatening new sanctions or return to the UNSC), etc etc.

Sick may be overstating things a bit here, but that’s still a pretty impressive list — especially, as he says, for a guy who’s only been in office for six weeks. But will it work?  Iran has run hot and cold in the past, and either by coincidence or design they seem to run hottest when we’re running coldest, and vice versa.  Because of this, there’s rarely been any sustained period during the past couple of decades when both sides have been genuinely interested in rapprochement, and that seems like it might be the case right now too.  For that reason, my own guess is that this dance is going to take quite a while to produce any results.  Obama and Hillary Clinton are probably going to have to keep up the pressure, keep up the overtures, stay calm in the face of provocations, and display almost inhuman patience for several straight years if they want to see any progress.  We’ll see if they can do it.