MINDLESS CUTS….The nickel version of what’s happened to the stimulus bill so far is that it started out at around $800 billion, a bunch of stuff got added that increased the tab to $900 billion, and then a centrist group of senators took out a machete and pared it back to around $800 billion. Assuming it passes the Senate on Tuesday, it will then go to conference, where there will probably be some more horsetrading before it reaches its final form.

In other words, this is lawmaking as usual, and I can’t say that I’m especially outraged by it. Yes, the cuts were fairly random, but then, the original bill was a pretty scattershot collection of programs too. That’s inevitable in legislation this size. Besides, some of this stuff will probably get a second life later in the year — and in any case, 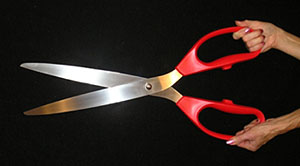 I have just enough residual doubt about the wisdom of stimulating consumption when we all know that eventually consumption needs to fall that I’m not especially unhappy about keeping the price tag to $800 billion.

That said, the primary target of the cuts is pretty hard to defend:

The biggest cut, roughly $40 billion in aid to states, was likely to spur a fierce fight in negotiations with the House over the final bill….In addition to the large cut in state aid, the Senate agreement would cut nearly $20 billion proposed for school construction; $8 billion to refurbish federal buildings and make them more energy efficient; $1 billion for the early childhood program Head Start; and $2 billion from a plan to expand broadband data networks in rural and underserved areas.

State aid was cut? That’s crazy. Even many of the conservatives I read agree that preventing huge state cutbacks is one of the quickest and most
efficient forms of fiscal stimulus. And most of the rest of the spending on this list is infrastructure spending, exactly the thing that conservatives were complaining there was too little of.

Granted, neither laws nor sausages bear close scrutiny, but trading this stuff for a bunch of idiotic car and homebuying subsidies strikes me as unusually mindless, even by U.S. Senate standards. This is not exactly centrism’s finest hour.