The Washington Post reports on Barack Obama’s plan for the revenue from his climate change plan:

As for cap-and-trade, the official said the administration believes it will generate enough money to fund a variety of priorities, including investments in renewable energy and rebates for vulnerable consumers who may struggle to pay higher energy bills if utilities pass along the cost to consumers. 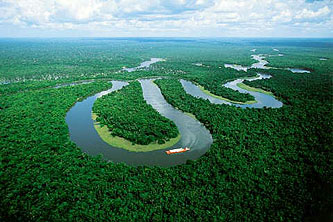 Obama also wants to use the money to cover the cost of extending his signature Making Work Pay tax credit, worth up to $800 a year for working families. That credit, which will cost $66 billion next year, was enacted in the stimulus package, but is set to expire at the end of 2010.

Hmmm.  That sounds like roughly $100 billion per year.  Is that reasonable?  The United States produces about 7 billion tons of CO2 equivalent a year right now, which means that Obama expects his cap-and-trade plan to generate a price of about $14 per ton in its first year — assuming it covers every single molecule of carbon emitted in the U.S.  If only half of all emissions are covered at first, it means a price closer to $28 per ton.

For comparison, the European ETS cap-and-trade plan currently prices CO2 at about 10 euros per ton.  That’s roughly $13.  And that price has dropped considerably over the past few months thanks to the recession.  By 2012 it’s likely to be back up in the range of $20 or more.

So at a glance, it looks like Obama’s estimates are defensible.  My guess is that they’re on the high side, since the initial cap will probably be fairly generous and will therefore generate a relatively low carbon price.  But as the cap goes down, the permit price should go up fairly quickly.  These numbers are at least in the right ballpark.