Conor Clarke has an interview today with George Akerlof, 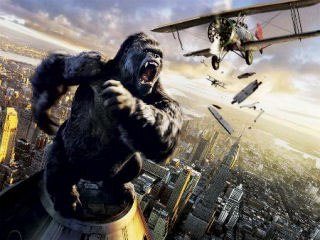 co-author (with Robert Shiller) of Animal Spirits: How Human Psychology Drives the Economy, and Why It Matters for Global Capitalism. One of the things Akerlof says is this:

What are the implications of your theory for the sort of fiscal policy we should be pursuing?

This is much bigger than the idea that it’s the job of central bankers to identify bubbles and gently deflate them before they get too big. For one thing, it draws no clear distinction between fiscal policy and monetary policy; instead, it looks at the animal spirits of the country as a whole, and tries to keep them on a relatively even keel.

….On an individual level, it’s really important to examine one’s own biases as pitilessly as possible; on a national level, I see the job of entities such as Paul Volcker’s Economic Recovery Advisory Board to be one of gauging the level of animal spirits across the country — something that all central bankers do by nature, which is one reason that Volcker is a good choice to head it.

Still, this is not as easy as it sounds, is it?  We would need some kind of Animal Spirits Index to make it work.  And as far as I know, even in retrospect, we don’t have one.  Economic expansions always end eventually, but nobody has ever been able to consistently predict ahead of time when things have started to get out of hand.  So while I love the concept, it needs some serious meat on its bones before it can become an actual policy instrument.  Unfortunately, I’m not optimistic that anyone can do that.