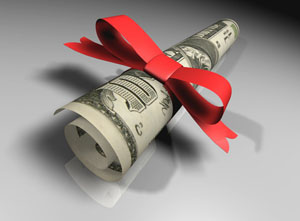 SHORT TERM vs. LONG TERM….As long as we’re talking about the economic long term, here’s another question for the economics crowd. Conventional wisdom, after first complaining that TARP was misconceived and what was really needed was bank recapitalization, has quickly swung around to the idea that, in fact, Henry Paulson’s capital injections were wasted. After all, banks still aren’t lending.

Tax cuts, similarly, are in ill repute because they don’t necessarily increase consumption. People are more likely to sock the money away in a savings account or use it to pay down credit card debt. So there’s no bang for the buck.

But surely this is short sighted? Stimulus spending can (we hope) help keep the economy afloat over the next couple of years, but then what? When the economy starts to recover, it will certainly be helped along if bank balance sheets are in better shape than they are today. Likewise, it will be helped along if consumers have paid down some of that credit card debt and put a few dollars aside. Right? We can’t keep running a negative savings rate forever, after all.

So: what’s wrong with government spending to stimulate the economy now, combined with tax cuts and bank recapitalizations to help get the economy in shape for recovery a couple of years down the road? This isn’t so much a suggestion as a question. Does this make sense, or is there some fundamental misconception at its core? What say the economists?