RESURRECTING THE INVESTMENT TAX CREDIT…Bruce Bartlett says Republicans need a stimulus plan of their own, and they need to offer up something more than just the same mindless tax cuts they always do. They need better tax cuts. Cleverly, he recommends an idea already promoted by a couple of Democratic economists in good standing: 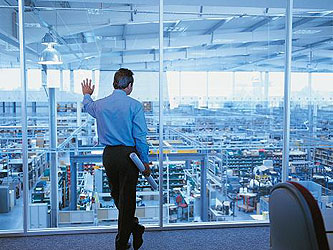 In promoting investment, Republicans can even use the theories of economist John Maynard Keynes, which are much in vogue today. In the Keynesian model, investment spending provides just as much stimulus as consumption spending. But investment spending is really better, as common sense tells us.

….To stimulate investment, Republicans might consider resurrecting a Democratic tax idea from the Kennedy Administration — just as Jack Kemp did in 1977. This idea, named the Investment Tax Credit, reduced the cost of machinery and equipment by giving businesses a credit of 7% (later 10%) of the purchase price against their tax liability. In 1981, Kennedy adviser Walter Heller argued that the ITC really marked the beginning of supply-side economics.

Another political virtue of the ITC is that Obama economic adviser Larry Summers and Clinton Administration economist Brad DeLong are the principal advocates of the importance of machinery and equipment to long-run growth….In a 1992 study for the American Council for Capital Formation, DeLong estimated that a 10% ITC would boost economic equipment investment substantially and raise the rate of real economic growth by as much as 0.3 percentage points per year.

The ball’s in your court, Brad. What do you say to that?