PUBLIC DIPLOMACY….Public diplomacy cheerleader Marc Lynch is unhappy over the news that Hillary Clinton may be about to choose an undersecretary of state for public diplomacy whose roots are in marketing, not statecraft. 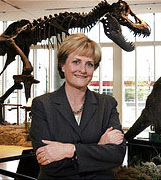 I won’t pretend that this propsect gives me the same heartburn that it gives Marc, but I certainly agree with his basic criticism:

I don’t know Judith McHale at all, and obviously have nothing against her personally. But the position of Under-Secretary for Public Diplomacy and Public Affairs should go to someone with experience in and a vision for public diplomacy, and who will be in a position to effectively integrate public diplomacy concerns into the policy-making process. Appointing someone with no experience in public diplomacy but with a resume which “involves selling a message” has already been tried: the first post-9/11 Under-Secretary of State for Public Diplomacy Charlotte Beers, whose tenure lasted only 17 months (October 2001-March 2003), focused on “branding” America through television advertising showing happy Muslim-Americans, and is generally considered to be an utter failure.

Actually, I think Marc is being too nice here. It hasn’t just been tried once, it’s been tried three times. After Charlotte Beers left, the position was briefly given to Margaret Tutwiler, who at least had a bit of diplomatic experience, but for the past four years it’s been held first by Bush pal Karen Hughes, who was famously clueless about anything beyond the borders of the United States, and then by James Glassman, who was only marginally more qualified. Neither one of them had any serious overseas experience at all.

Maybe Judith McHale will be brilliant at the job. Who knows? We’ll have to learn more about her. But it would sure be nice to get someone for this job who speaks a few languages, has spent a lot of time overseas, and doesn’t think of the job as merely a branding exercise. Stay tuned.