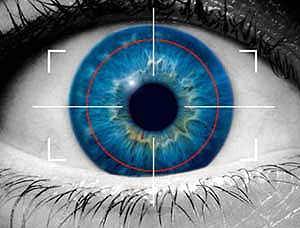 Here is a Google map that allows you to find your way to the homes of people who donated money to Prop 8 in California. It’s damn creepy, is what it is. What could possibly be the use of this kind of information, presented in this way? It’s intended to intimidate people into not participating in politics by donating money. Do that, and you’ll end up on some activist group’s map, with hotheads being able to find your street address on their iPhones.

….You might be thinking: those haters deserve to be outed. But think about how this same technology can be used against gay folks and gay-marriage supporters in parts of the country that aren’t inclined to support gay rights. Would you want some gay-bashing group to post to the Internet a map to the homes of contributors to a pro-gay marriage initiative?….What happens if there’s another Islamic terrorist attack, and some vigilante group posts a Google map to the homes of donors to CAIR, or other Muslim causes?

Andrew Sullivan isn’t impressed: “The second anyone does anything inappropriate with this information Dreher has a right to complain. Until then, it’s public information.”

I’m….not so sure about that. It’s not as if I have an answer to this problem — like Dreher, I accept that political donations need to be public — but I have to say that I find it kind of creepy too. This sort of thing has been possible for quite a long time, of course, but it was inherently limited in scope because of the time and money it took. Technology has changed that: it probably required little more than a few hours of coding to create a map that identified every Prop 8 donor in the state. And that map isn’t only in the hands of the folks who created it. It’s out on the internet where it’s practically begging to be abused by some nutball.

I dunno. I’m probably overreacting. And it is public information. But I remain a bit of a privacy crank who hasn’t yet been reconciled to the inevitability of David Brin’s “Transparent Society.” I can at least see Dreher’s point.