HONEYMOON POLITICS….Matt Yglesias comments on the likelihood that Democrats are going to drop contraceptive funding from the stimulus bill:

As with a lot of Democratic concessions on the bill thus far, what seems to be missing is the “pro quo.” Where are the members of the House saying “yesterday I was inclined to vote ‘no’ on this, but thanks to this change I’m voting ‘yes.'” Bargaining is smart. I even think magnanimity on the part of a new majority is smart. But when you bargain, you get something. 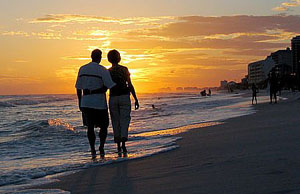 And I don’t see what Obama’s gotten for his business tax cuts nor do I see what he’s getting for selling out low-income women’s access to contraceptives.

I guess there’s no telling on this. Maybe Obama will surprise us and get his 80 votes in the Senate after all. Or maybe the “concessions” Democrats have made so far have been things they didn’t really care much about in the first place. And I guess there could also be some political benefit in making a bunch of compromises, getting no Republican support, and then being able to sell a story to the media about how the GOP caucus is still just a bunch of Rove-era dinosaurs hopelessly stuck in the hyperpartisan past. We did everything we could, but they just wouldn’t budge. Very sad.

At least, I hope one or more of these things is true, since it would mean there’s at least some thinking going on about this stuff. My real guess, though, is that Obama and the Dems are still living in a fantasy world. “How long do you think Obama’s honeymoon will last?” Marian asked me last night. “Honeymoon?” I shook my head. “I don’t think he ever had one.” At least, that’s pretty much how it looks to me.