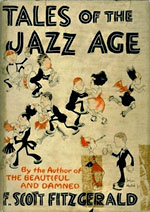 “The Curious Case of Benjamin Button” after seeing the movie, and it’s curious indeed. Aside from not being a very good story (working in the dark ages before the rise of sf, Fitzgerald pretty clearly had no idea what to do with the concept), it’s notable that the film doesn’t contain even one single element from the story. Not one. Aside from the title, the only thing they have in common is the basic idea of a man aging backward, and even that’s treated entirely differently in the film than in the story.

Now, I don’t have any problem with this. Screenwriters should write whatever screenplay they want. But what I’m curious about is why the filmmakers even bothered to pretend their movie was based on the Fitzgerald story. If it were, say, I, Robot, I’d get it: the association with Isaac Asimov would be considered good for the box office. Ditto for all the bestsellers made into movies. But the association with Fitzgerald wasn’t really played up much in the publicity for the movie, and Fitzgerald is hardly a huge draw for modern audiences anyway. So why bother? Oscar bait of some kind? Or what?