CAP-AND-TRADE vs. CARBON TAXES….Exxon’s CEO call for a carbon tax:

The chief executive of Exxon Mobil Corp. for the first time called on Congress to enact a tax on greenhouse-gas emissions in order to fight global warming. 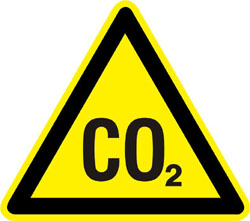 In a speech in Washington, Rex Tillerson said that a tax was a “more direct, a more transparent and a more effective approach” to curtailing greenhouse gases than other plans popular in Congress and with the incoming Obama administration.

Is this good news? Hard to say. It’s certainly good news that Tillerson is in favor of something, and favoring a carbon tax puts him on the side of Al Gore and lots of academics, who think that a tax is the quickest, cleanest, and technically most efficient way of pricing carbon, thus reducing GHG emissions and slowing the progress of global warming.

But it’s bad news if his goal is mainly to roil the waters. Barack Obama has called for a cap-and-trade system, not a carbon tax, and most green groups have backed cap-and-trade as well because they feel that a tax is a political nonstarter. But if Exxon can help gin up a big fight between tax advocates and cap-and-trade advocates, who knows? Maybe nothing will get passed at all. If that’s Tillerson’s calculus, then his newfound support for carbon taxes is just a cynical ploy.

Technical and political issues aren’t the only big difference between taxes and cap-and-trade, either. Both raise money (the tax directly, cap-and-trade by selling emission permits), but with a tax you don’t know for sure what effect it will have. You have to guess. So you set a carbon tax of, say, $50/ton, with the goal of reducing carbon emissions 5%, and then cross your fingers and wait a few years. Maybe it works, maybe it doesn’t. Conversely, cap-and-trade works on the theory of a hard cap. If you want to reduce carbon emissions by 5%, then you auction off credits equal to 95% of current emissions and you’re done. You’re taking a chance on what the price of credits will be (something that businesses hate since they like price stability), but you know for sure that you’ll meet your cap as long as your have adequate enforcement mechanisms in place.

This alone is enough to make me a cap-and-trade advocate. Not only is it more politically feasible than a tax, but it’s more attractive to the public since it focuses on the thing they really care about: a hard cap on carbon emissions. Price instability is a legitimate issue, but I don’t think it’s a big one: energy intensive companies already have to deal with considerable instability in gas and oil prices, and Wall Street will eagerly help them hedge against future instability in carbon permit pricing if it’s really important to them.

The “trade” part of cap-and-trade is attractive because it makes the whole system more efficient. But it’s the “cap” part that’s really important. In my mind, that makes it a better solution than a tax for the carbon pricing piece of a broad climate change plan.