ATHEISTS….One of Andrew Sullivan’s readers is annoyed with us atheists: 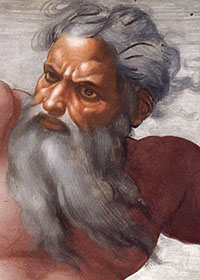 Telling me what you don’t believe tells me very little….But you can no more avoid making a positive choice about the source of meaning in your life and the universe than you can avoid living in some country. You can talk about which country is best to live in, but the atheist pretends you can live in no country at all.

You gotta live somewhere, and you gotta believe in something, because your beliefs are being expressed every day in how you live your life. Atheists should be forced to articulate their positive position (say, secular humanism) as price of admission to the conversation.

This is a very odd complaint. I suppose the answer varies with the atheist (some people with a vague belief in “spirituality,” for example, might describe themselves as atheists), but surely the bulk of us simply believe in a physical universe governed by physical laws. If you asked me, my rough answer would be, I believe in quantum mechanics, with the right to revise and extend if evidence for something better comes along.

Or, sure, secular humanism. Whatever. But although it’s probably true that most conversations of this sort revolve around conventional religions and whether or not we believe in them, surely the flip side of that is fairly obvious even if it’s not always directly articulated. Isn’t it?