MY DYSFUNCTIONAL STATE….After reading last night’s post about the bizarre lengths California Democrats have to go through just to pass a budget, Matt Yglesias says:

Not to tell the good people of California how to run their business, but from reading stuff like this it’s clearer and clearer that the state desperately needs a new constitution. You never meet anyoen who thinks the institutions of governance in California are well-designed, or even who denies that the existing institutional configuration makes it impossible to solve any of the state’s problems. 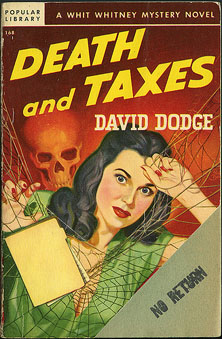 But nobody quite seems to want to do anything about it. And yet surely it can’t be impossible to change this stuff — state constitutions used to be re-written all the time.

Well, no, it’s not impossible or anything. But here’s the thing. Talk of calling a constitutional convention has been banging around California for at least the last few decades — maybe since 1851, for all I know — and it’s gotten a lot louder recently. Here, however, is the rule for calling a convention:

The Legislature by rollcall vote entered in the journal, two-thirds of the membership of each house concurring, may submit at a general election the question whether to call a convention to revise the Constitution. If the majority vote yes on that question, within 6 months the Legislature shall provide for the convention. Delegates to a constitutional convention shall be voters elected from districts as nearly equal in population as may be practicable.

In plain English: you need a two-thirds vote of the legislature to put an initiative on the ballot and then you have to get it approved by the voters. The problem is that no matter how sweetly liberals might croon about what a convention could do, conservatives all know the truth: the whole point of the thing would be to get rid of our insane two-thirds requirements for passing budgets and raising taxes. Unfortunately, our whole problem is that Republicans control (slightly more than) one-third of the legislature. And if we can’t get them to vote for a tax increase in the first place, what are the odds we could get them to vote for a constitutional convention called for the express purpose of making it easier to increase taxes? About zero.

OK, but how about a simple initiative? We could get rid of the two-thirds rule just by collecting signatures and getting a majority vote, right?

Right. And we tried that just a few years ago. Prop 56 was supported by all the usual good government groups and would have reduced the majority needed to pass budget and tax measure from two-thirds to 55%. A bunch of other fluff was added to make it more popular (“rainy day” funds, no pay for legislators if they don’t pass a budget, etc.), and in the end…..

….it got whomped 66%-34%. No one was fooled for a second. Everyone knew the whole point was to make it easier to raise taxes, and so it lost in a landslide.

So what to do? It’s true that our legislature is dysfunctional. As George Skelton put it today, “Modern-era Republicans adamantly refuse to vote for any tax increase. They took a campaign pledge not to and seem to regard it as some cult-like blood oath.” That’s true. The solution is a little less obvious. Unfortunately, our electorate is dysfunctional too.