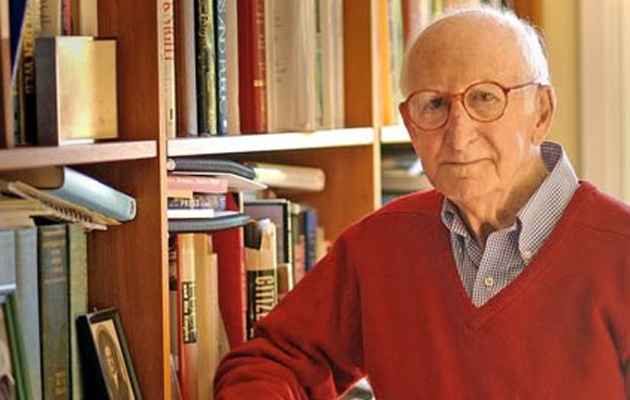 For journalists who are just starting out, Ben’s lifelong love affair with reporting is a model of what the very best in American journalism looks like. His years as a faculty member and dean of the journalism school at UC-Berkeley made him well aware of the challenges Mother Jones fellows face as they grapple with dramatic changes in journalism brought about by media consolidation and technological change. His personal warmth and genuine interest in the people who are the subjects of his reporting remind us that compassion and empathy are just as important for a successful journalist as good writing and finely honed questions.

Bagdikian’s career began in 1941 as a cub reporter for the Springfield Morning Union. After serving in World War II, he moved to Rhode Island to write at the Providence Journal. He covered some of the most important stories of the 1950s and early 1960s for the Journal, including the Little Rock school integration confrontation and the Suez Crisis.

In the 1960s he left daily reporting to do longer pieces for national magazines on politics, poverty, and the civil rights movement. In 1970, he became an assistant managing editor at the Washington Post, where he helped break the Pentagon Papers story. He also began to delve more deeply into the changing structure of the media business in the 1970s, which led to his 1983 book, The Media Monopoly. This seminal analysis of the impact of media consolidation on the independence and quality of American journalism has since gone through seven editions.

In the mid-1970s, Ben joined the faculty of UC-Berkeley’s Graduate School of Journalism, where he was named dean in 1985. Although he officially retired from Berkeley in 1991, Ben continued to be involved in a wide range of journalism and nonprofit social change projects up until the end of his life. He passed away on March 11, 2016. We published this tribute shortly after.

In addition to The Media Monopoly, Ben’s books included In the Midst of Plenty: The Poor in America; The Information Machines; The Effete Conspiracy and Other Crimes by the Press; Caged: Eight Prisoners and Their Keepers; and Double Vision: Reflections on My Heritage, Life, and Profession.

He counted among his many honors a shared Pulitzer Prize; a Peabody Award for critical coverage of broadcast commentary; a John Simon Guggenheim Fellowship; a Citation of Merit as "Journalism’s Most Perceptive Critic," awarded by the American Society of Journalism School Administrators; and the James Madison Award, bestowed by the American Library Association in recognition of work furthering access to government information. 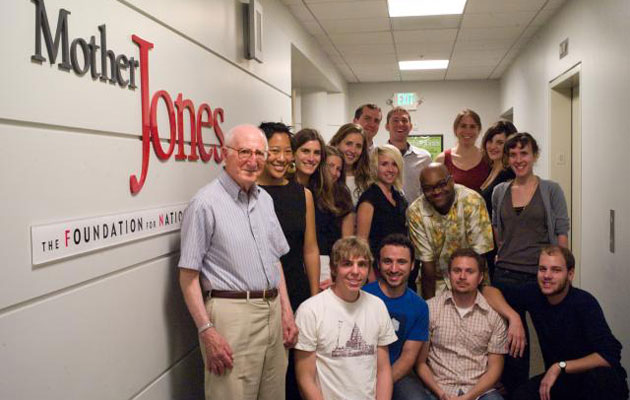 A Note From Ben

In a world of change, of massive human suffering as well as new sources of hope, Mother Jones continues to expose corrupt and inhumane events in the world and at the same time continues pointing the way to a better world. That is why the naming of the Ben Bagdikian Fellowship Program is such an honor for me.

As a child born during a period of the genocide of Armenians, and as a journalist who has spent most of his career exposing the neglected suffering of others, I am profoundly pleased to have my name associated with the Mother Jones training program for eager and intelligent fellows. At the end of their training, these fellows will venture into a world desperate for their values and their new skills. More than ever, their newly learned investigative techniques are needed—not only to expose corruption and demonstrate paths for achieving social justice, but to relieve the anxieties of a public hungering for decency and hope.

I thank Mother Jones for its fellowship initiative and I thank its board for associating my name with such an admirable program.
—Ben Bagdikian

More about the program: