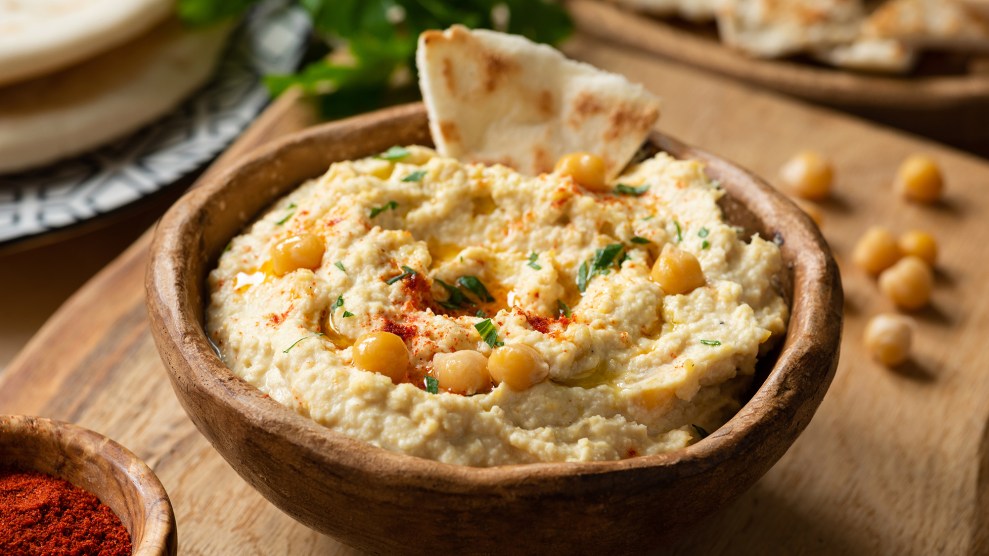 On a recent afternoon in a kitchen in the Long Island City neighborhood of Queens, chef Diaa Alhanoun drizzled olive oil over creamy hummus and garnished it with pita bread.

Diaa grew up in Syria. There, he barbecued meats and crispy kibbeh, or potato croquettes, that are stuffed with minced beef, onion, and spices, alongside his family and friends. He picked up the skills from a cook in his uncle’s restaurant in his hometown of Damascus.

“When I eat or I cook Syrian food I remember when I was young,” he said on this week’s episode of the Bite podcast. “When I was very young my mom cooked Syrian food. When I make it now, I remember all these moments.”

Before the crisis in Syria began, Diaa was in Sudan with his family, trying to launch a restaurant there. But when he wanted to leave, he couldn’t go back to Syria because the war had started. So he went to Jordan, instead, thinking the war would end soon and he’d be able to return to Damascus. He waited four years in Jordan as a refugee before coming to the United States in 2016. He now lives in Staten Island with his wife, son, and daughter.

According to data from the United Nations Refugee Agency, 12 million Syrians were forcibly displaced at the end of 2016. That’s more than half of the country’s population.

In New York City, Diaa continues to cook Syrian food through a catering company called Eat Offbeat, which employs refugees who are resettled in the city as chefs.

Manal Kahi, co-founder and CEO of Eat Offbeat, likes to say her company started with a craving for hummus. After coming to New York City from Lebanon in 2013 to attend graduate school at Columbia University, Kahi soon realized she didn’t like the hummus on American supermarket shelves.

So Kahi made her own hummus, based on her grandmother’s recipe. Her brother, Wissam Kahi, encouraged her to sell it. This was in the midst of the Syrian refugee crisis in their home country of Lebanon.

The siblings realized they had an opportunity to share their delicious hummus recipe with New Yorkers and help refugees who are resettled in New York City by providing them with training and employment opportunities.

And the secret ingredient?

“A little bit of yogurt,” she said.