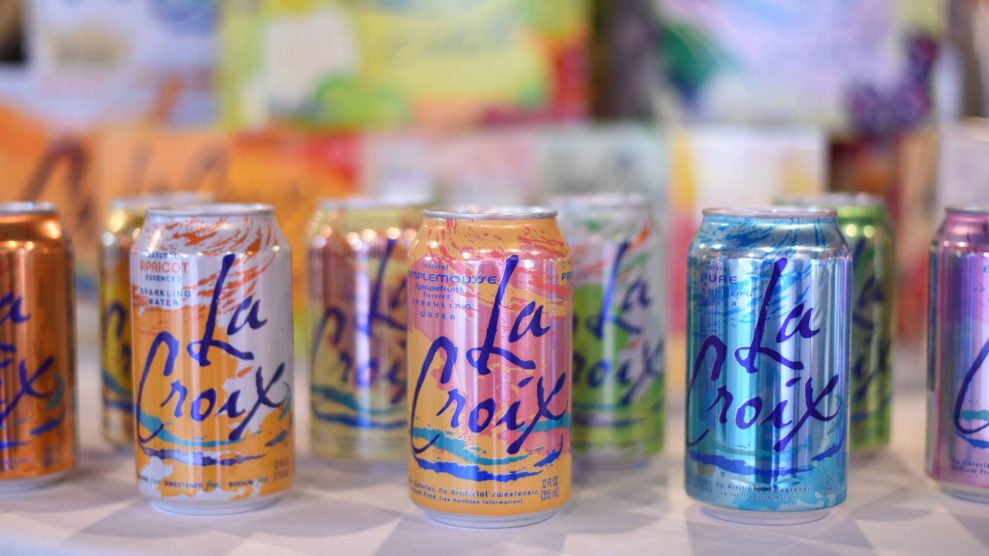 A new lawsuit has thrown its formula into question. A proposed class-action suit, filed in Illinois at the beginning of October, alleges that National Beverage Corp. mislabels LaCroix as “all natural” when the drink supposedly contains several chemicals that the Food and Drug Administration defines as synthetic—including one used in cockroach insecticide. “There are thousands…who would not have purchased LaCroix water had they known,” the complaint argues.

But before you set down that pamplemousse, please read on.

National Beverage Corp. stated in a press release that it “categorically denies all allegations” in the lawsuit. “Natural flavors in LaCroix are derived from the natural essence oils from the named fruit used in each of the flavors,” the statement continued. “There are no sugars or artificial ingredients contained in, nor added to, those extracted flavors.” In another press release several days later, the manufacturer emphasized that “there are no synthetic ingredients in LaCroix” and “all essences contained in LaCroix are certified by our suppliers to be 100 percent natural.” The company also points out that the lawsuit does not provide any evidence to support its claims.

Roger Clemens, a University of Southern California food safety expert, is not especially worried. “There’s no evidence at this time that any consumer should be concerned about the safety of the product,” he says. First of all, the synthetic chemicals the suit cites—ethyl butanoate, limonene, linalool, and linalool propionate—”are naturally occurring,” Clemens says. “They’re in strawberries, pineapples, bananas, oranges, apples, obviously oranges and limes, and probably a lot of other foods, too.” These chemicals are also created artificially and used to add flavors or scents to food, which is why the FDA designates them as synthetic.

LaCroix maintains that its flavors come from “natural essence oils.” As to whether the company is using synthetic versions of the naturally occurring compounds, Clemens says, “I have not seen any evidence that they’re not or that they are.” (National Beverage Corp. did not respond to my questions.)

And “whether they’re synthetic or not, clearly they’re safe,” Clemens says. “The fact that [LaCroix] has been on the market with no adverse events says that the product is perfectly safe.”

As for the claim that LaCroix contains chemicals used in some insecticides, that could be true. Raid cockroach killer, for instance, contains linalool—for fragrance. (Linalool is also sometimes used in insecticides for other reasons.)

But Clemens points out that the lawsuit highlights the ambiguity around the meaning of the word “natural.” The FDA does not have a formal definition of “natural,” although a long-standing policy says the term means “nothing artificial or synthetic” has been included or added to the food “that would not normally be expected to be in that food.” (Sidebar: What would “normally be expected” to occur in flavored sparkling water? Unless volcanic activity is involved, is sparkling water itself even natural?)

Because of this lack of clarity, companies’ claims that their products are “natural” often appear in class-action lawsuits. Last year, for example, suits disputed the naturalness of Annie’s Natural salad dressings and Sargento Natural Blends cheeses, among other products.

Consumers may equate the word “natural” with “healthy,” Clemens says, but this can be misleading. Many substances found in nature, such as hemlock or fugu fish liver, are poisonous to humans. Some everyday foods contain “natural” chemicals—like the carototoxin in carrots and cyctotoxic compounds in radishes and kidney beans—that could harm a person, but not at the low levels present in those foods.

Another thing to keep in mind, Clemens says: “Under current regulations, synthetics undergo much more rigorous safety evaluations than natural compounds”—which may not be tested at all.