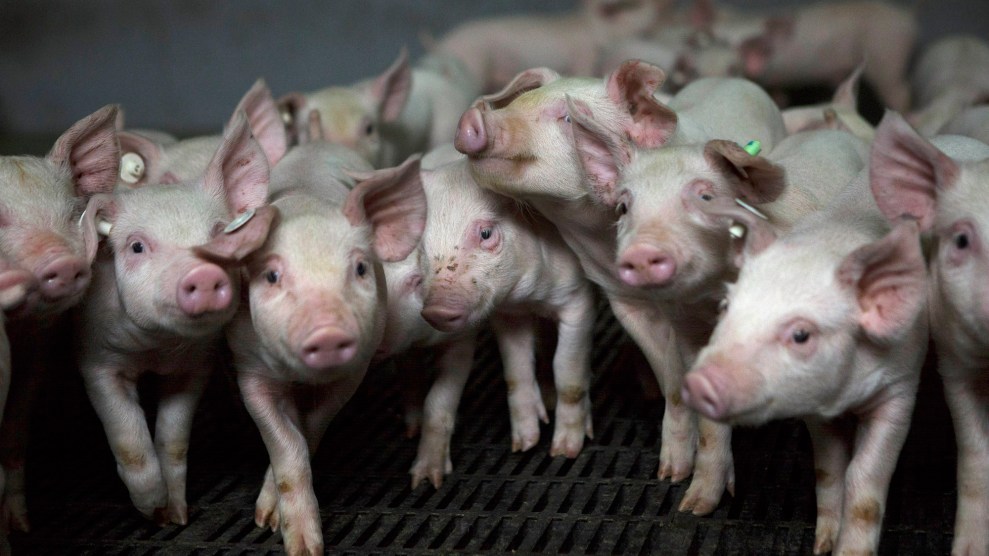 About a month ago, the Trump administration announced its plans to spend up to $12 billion to help offset losses incurred by farmers as the president pursues a trade war against China and other major buyers of US agriculture goods. In a press call Monday, US Department of Agriculture officials released details of the program’s first phase, worth $6.1 billion in spending, which is due to launch Sept. 4.

All told, soybeans and pork will receive $4.5 billion of the initial $6.1 billion phase of expenditures.

The biggest beneficiaries by far will be soybean and hog producers, who USDA officials projected would receive $3.6 billion and $290 million, respectively, in cash payments. Hog farmers will also benefit from $558.8 million in direct purchases of pork by US government entities. All told, soybeans and pork will receive $4.5 billion of the initial $6.1 billion phase of expenditures.

A recent report from Ohio State and University of Illinois researchers estimated that the US soybean crop has lost about $2 billion in value since trade tensions erupted earlier this year—suggesting that soybean farmers are being compensated at a rate higher than the losses they will incur during the 2018 harvest. The corn crop, they calculate, has lost $846 million in value since the trade war started. Interestingly, corn producers are projected to receive just $96 million in payments from the USDA’s new program.

The National Corn Growers Association lamented the low level at which growers will be compensated. “NCGA has understood from the beginning that this aid package would neither make farmers whole nor offset long-term erosion of export markets. But, even with lowered expectations, it is disappointing that this plan does not consider the extent of the damage done to corn farmers,” NCGA president and North Dakota farmer Kevin Skunes said in a press release.

Commodities like soybeans, corn, and hogs are largely produced in the Midwest and southeast. Meanwhile, fruit and nut crops grown in the western United States drew relatively little attention, at least according to the details released Monday. On August 15, University of California-Davis researchers released a study estimating higher tariffs could cost major US fruit and nut industries $2.64 billion annually in lost exports. “Almonds alone could lose about $1.58 billion and pistachios could lose about $384 million, ” the press release for the report states.

None of the crops will benefit from the cash-payment program. As for government purchases, a USDA press release announces that the government will buy $85 million worth of pistachios and $34.6 million of walnuts; $18.7 million worth of plums and prunes; and $48.2 million of grapes. Almonds, California’s biggest ag export of all, landed on a list of commodities with “program details yet to be determined,” with a targeted purchase amount of $63 million. A spokesman for the Almond Board of California said the group would comment when it has digested details of the new plan.