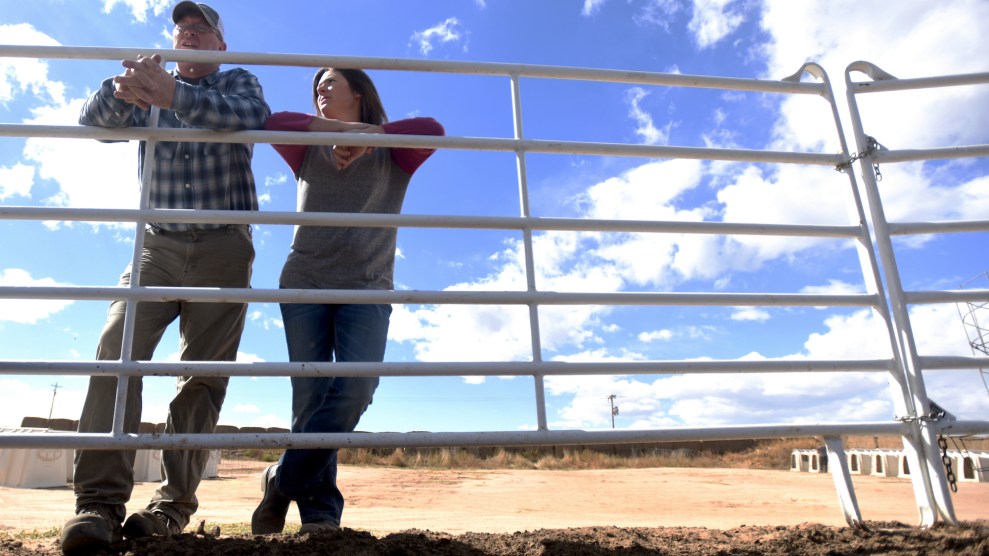 Update, May 18, 2018: The US House of Representatives voted down the farm bill this morning by a margin of 198-213. The Washington Post called it a “major embarrassment to GOP leaders” like outgoing House Speaker Paul Ryan (R-Wis.), who had hotly promoted the bill. In a Thursday Twitter thread, I laid out the political dynamics that ultimately killed the bill. It remains unclear whether the House Agriculture Committee chair, Rep. Mike Conaway (R.-Texas), will attempt to bring it back to the floor for another vote. House Democrats, who universally opposed the bill, hailed the failure as a victory for the Supplemental Nutrition Assistance Program (SNAP), which the bill would have effectively cut. Here’s Nydia Velázquez (D-N.Y.):

Back in 2016, the Republican Party won the presidency and both chambers of Congress with strong support in rural areas, particularly among farmers. But since that triumph, the Grand Old Party hasn’t exactly been a champion of rural interests. As I’ve written in recent months, President Donald Trump’s crackdown on immigration is essentially an attack on the workers who keep America’s farms and many rural towns humming. And his trade belligerence with China and Mexico amount to near-surgical strikes against farmers who supported him in California, the Southeast, and the Midwest’s corn and soybean belt.

In the middle of this drama, Congress is tasked with renewing the farm bill—twice-a-decade legislation that shapes US agriculture and food-aid policy. Rep. Mike Conaway (R-Texas), chair of the House Agriculture Committee, hopes to bring his version to a vote on the House floor this week. Let us count the ways it would bring pain to the US heartland:

• It tightens restrictions on food stamps—a program widely used in rural America. The Supplemental Nutrition Assistance Program (formerly called food stamps) is the nation’s premier food-aid program, and it represents around three-quarters of expenditures authorized by the farm bill. The farm bill draft circulating in the House would greatly increase work requirements on able-bodied adults—which would ultimately knock 1.2 million people out of the program, more than 60 percent of whom have kids. Conservative critics paint the benefits as a sop to the urban poor, but as Vann R. Newkirk II recently noted in The Atlantic, the program is vital in rural areas, “where poor adults and children can suffer deep food instability and jobs are ever harder to come by.”

The US Farm Bureau Federation—using data from the Food Research and Action Center—calculates that SNAP household participation rates in urban counties averaged 13 percent between 2011 and 2015, versus 16 percent in rural counties and small towns. And those averages mask gaping differences, the Farm Bureau notes:

• It could further undermine a shaky health care situation. In a 2017 report, researchers for the Centers for Disease Control and Prevention found that rural residents “tend to be older, poorer, and sicker than their urban counterparts.” Mortality rates from the five leading causes of death—heart disease, cancer, unintentional injury, chronic lower respiratory disease (CLRD), and stroke—are all significantly higher in rural areas than in cities, the CDC found. As Mother Jones’ Kiera Butler noted last year, farmers have it particularly tough: The average age for US farmers is 58, their on-the-job injury and death rates are among the highest of any occupation, and health costs cause them lots of stress.

The average age for US farmers is 58, their on-the-job injury and death rates are among the highest of any occupation.

The Republican Party’s tax bill, signed into law late last year, has already made the situation worse by repealing the Affordable Care Act’s individual mandate—a move likely to fall hard on already-struggling rural hospitals. And as Julie Appleby reports for NPR, the House farm bill carries its own subtle and potentially damaging dig at Obamacare. It contains a provision for $65 million in loans and grants, to be overseen by the US Department of Agriculture to help ag groups establish farmer-directed “association health plans.” Here’s Appleby on why that’s less innocuous than it sounds:

Under Trump’s proposal, association plans would not have to offer coverage across 10 broad “essential” categories of care, including hospitalization, prescription drugs and emergency care. They could also spend less of the revenue from premiums on medical care.

The plans—coupled with another Trump administration move to make short-term insurance more widely available—could draw healthier people out of the ACA markets, leaving the pool of beneficiaries with higher percentages of people who need medical care. And that, some say, could drive up premiums for those who remain in marketplace plans.

• It could mean more exposure to toxic pesticides. The House farm bill draft contains a slate of measures that would roll back regulation of pesticides. As Environmental Working Group notes, it would allow the Environmental Protection Agency to approve new pesticides without having to consult with other government agencies, undermining the Endangered Species Act. “That means that EPA would no longer need to wait for independent research on the toxicity of pesticides in rivers, wetlands and prairies from the US Fish and Wildlife Service in the Interior Department, or in estuaries and coastal waters from the National Marine Fisheries Service in the Commerce Department,” writes the Union of Concerned Scientists’ Derrick Z. Jackson.

The bill would “would usher in the weakest federal protections against pesticide abuse since Rachel Carson charted the destruction of species by overuse of DDT and other pesticides in her seminal 1962 book Silent Spring.”

It would also allow farmers to apply pesticides near waterways without having to obtain permits under the Clean Water Act and lighten restrictions on use of the highly carcinogenic fumigant methyl bromide, which the US government agreed to phase out because it so severely depletes the ozone layer. According to Jackson of UCS, these and other regulatory rollbacks in the bill would “would usher in the weakest federal protections against pesticide abuse since Rachel Carson charted the destruction of species by overuse of DDT and other pesticides in her seminal 1962 book Silent Spring.”

• It does little to ease the plight of farmers locked in a cycle of overproduction and low prices. Prices for corn and soybeans—by far the largest US crops—are mired in a multiyear slump. For dairy farmers, a glut has driven milk prices down 40 percent since 2014, triggering a spike in suicides and farm failures in the Northeast. Overall, the US Department of Agriculture projects that net farm income will hit its lowest level since 2006 this year. The House GOP farm bill draft maintains the same crop subsidies and insurance programs that keep US farmers stuck in overproduction. As Leah Douglas recently reported in Mother Jones, it doesn’t have to be this way:

With a trade war looming, commodity prices falling, and the dairy industry in full-blown crisis, a growing number of American farmers are embracing a controversial set of farm policies that would manage the country’s commodity production and stabilize crop prices. The policies, known as supply management, governed US agriculture for decades but were abandoned in the late 20th century as large-scale monocropping and commodity exports came to define farm policy.

Under supply management programs, which were abandoned decades ago, the USDA helps farmers coordinate production cuts when prices plunge, ensuring they get a fair price. As Douglas notes, it works against the interests of food processors, for whom overproduction means low input costs. In the previous farm bill, passed in 2014, House Democrats pushed for a supply-management mechanism for dairy farmers, but Republicans killed it. The current House bill contains no supply management proposals or any new ways to help farmers manage chronic overproduction.

Meanwhile, Conaway faces an uphill battle pushing the farm bill through the House—Democrats universally oppose it because of the tweaks to SNAP, and some ultra-conservative Republicans are holding out for a version that makes steeper food-aid cuts. If this version does ultimately reach the president’s desk and win his signature, it will represent more hard tidings for rural America.