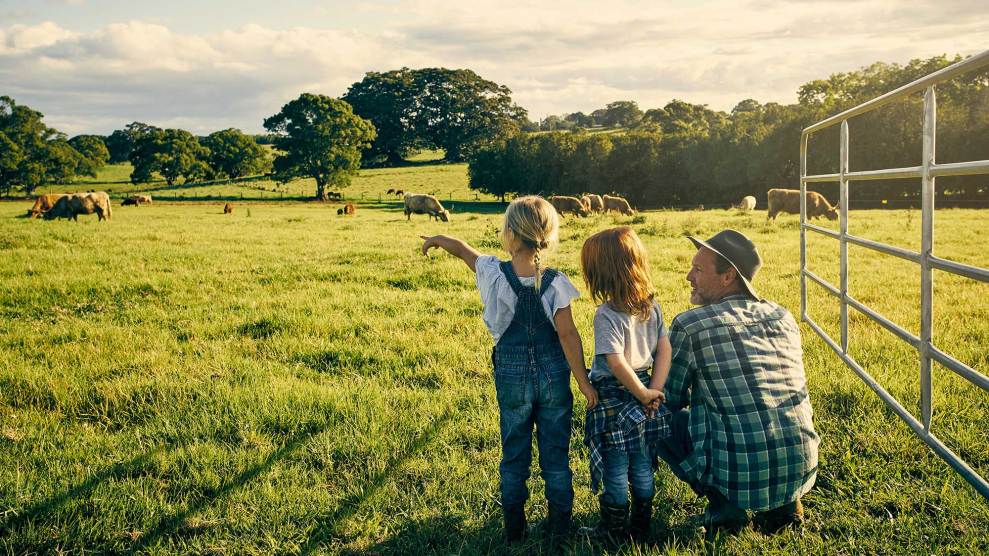 Last week, the US House Agriculture Committee released a draft of the farm bill, the once-every-five-years legislation that shapes and funds the country’s agriculture funding and policy. On Wednesday, the ag committee approved it, setting it up for a vote on the House floor.

It would gut what is arguably the most important program to encourage farmers to protect soil and water resources.

The program helps farmers defray costs for implementing practices like cover crops to keep soil and fertilizer in place over the winter; buffer strips that prevent severe soil erosion from storms; and hedgerows as habitat for wild bees and other beneficial insects. At its current $1.8 billion funding level, CSP can’t keep up with demand from farmers—last year, there was enough money to fund just 6,500 of the 19,000 applications the program received. Which is too bad, because as a new report from Environmental Working Group shows, the kind of practices promoted by the CSP need to be dramatically expanded to stop widespread soil erosion and water pollution in Midwestern farm country.

Meanwhile, under the 2014 farm bill that expires in September, the federal government spends around  $14.6 billion annually in commodity and crop-insurance subsidies, which encourage farmers to churn out as much crop as possible with minimal environmental strings attached.

The farm bill draft currently being mulled in the House would keep those subsidies intact while folding the CSP into another, similar conservation initiative called the Environmental Quality Incentives Program. While that may sound innocuous, the National Sustainable Agriculture Coalition shows that the move would shave off nearly $5 billion from conservation funding over 10 years.

Even if Republicans do pass the bill through the House, he adds, their SNAP agenda will run into a brick wall in the Senate, where the GOP leadership has vowed to maintain the status quo. And according to Hoefner, the Senate agriculture leadership, Republican and Democratic alike, have shown no appetite for slashing conservation funds.