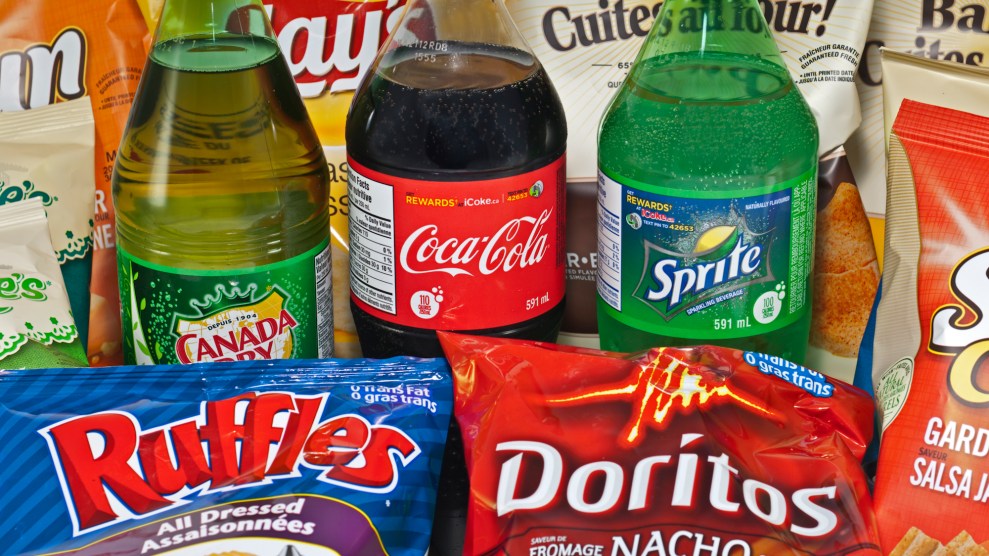 US childhood obesity remains on the upswing, especially among black and Latino kids. Meanwhile, the Trump administration is quietly trying to block efforts to put health warnings on junk-food labels—and not just in the United States, but also in Canada and Mexico.

That’s according to a New York Times report about the ongoing renegotiation of the North American Free Trade Agreement, which President Donald Trump triggered last year. The paper got hold of a document from the Office of the United States Trade Representative, which leads the NAFTA talks from the US side, containing a proposal that would “limit the ability of any Nafta member to require consumer warnings on the front of sugary drinks and fatty packaged foods,” the Times reports. The article adds:

Officials in Mexico and Canada—along with governments in Brazil, Peru, Uruguay, Argentina and Colombia—are discussing options like the use of colors, shapes and other easy-to-understand symbols that warn consumers of health risks. They were inspired in large part by Chile’s introduction of stringent regulations in 2016 that include requirements for black stop-sign warnings on the front of some packages.

The provision would explicitly ban “any warning symbol, shape or color that ‘inappropriately denotes that a hazard exists from consumption of the food or nonalcoholic beverages,'”  the Times states, quoting the leaked USTR document. Canada and Mexico are the two largest importers of US processed food. Both countries have seen dramatic spikes in obesity rates in recent decades, both for children (see here and here) and adults (here and here).

Meanwhile, as US childhood obesity rates keep moving upward—more from Kiera Butler here—experts say the kind of unregulated marketing of junk food promoted by Trump in NAFTA talks are a major cause of the problem. “The mystery is how anyone manages to avoid obesity when we tolerate the marketing of a willfully addictive parade of junk foods to children and adults alike,” says David Katz, founder of the Yale-Griffin Prevention Research Center and co-author of an excellent recent piece skewering popular dietary myths.

Marion Nestle, a professor of nutrition and public health at New York University, says the ongoing rise in obesity reflects a food culture that aggressively markets high-calorie snacks. “Junk food has lots of calories and tastes so good that kids eat lots of it,” she says. “What the rise in obesity suggests is that we need to do a much better job of creating a food environment that supports healthier meals—and not eating between meals.”