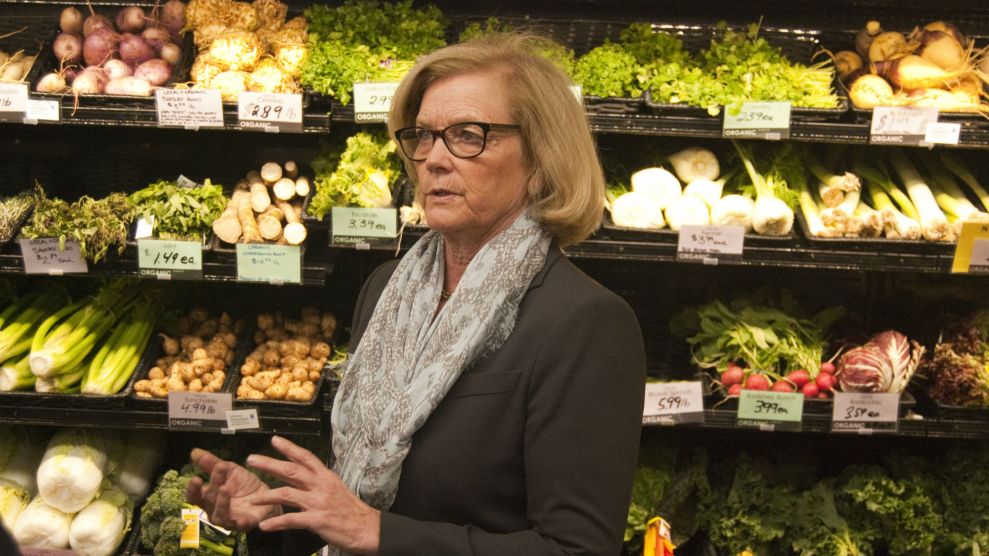 Many members of the US House of Representatives run businesses in their home districts. Few of those enterprises can offer you a half-dozen oysters and a glass of wine, or send you home with an array of locally grown vegetables.

But then US Rep. Chellie Pingree (D-Maine) isn’t your usual DC politician, as I learned when interviewing her for Bite, our food politics podcast. (Interview starts at 13:22 in the player below.)

As a teenager attending an experimental high school in early-1970s Maine, Pingree felt the pull of the back-to-the-land movement, under the influence of Scott and Helen Nearing’s stick-it-to-the-man homesteader manifesto, The Good Life.

Pingree soon launched her own small farm, tutored by Eliot Coleman, a pioneering maestro of organic agriculture who took over the Nearings’ land and turned it into a laboratory for churning out fresh produce with few fossil energy inputs—even during Maine’s brutal winters. These days, when she’s not wrangling bills in Washington, she still runs an organic farm with its own inn and restaurant, Nebo Lodge, on the island of North Haven in Maine.

Pingree and I discussed her entree into farming as well as the tricky politics of maintaining robust food aid for poor people in the age of President Donald Trump and House Speaker Paul Ryan, a devotee of Ayn Rand who hopes to slash the budget of the Supplemental Nutrition Assistance Program (SNAP), otherwise known as food stamps.

Pingree told me about a project she’s pushing that would have warmed the hearts of the Nearings. She helped launch the Food as Medicine Working Group, a bipartisan confab of House members looking for innovative ways out of America’s crisis of diet-related health illnesses like Type 2 diabetes and heart disease. “When you’re just getting by, getting healthy fruits and vegetables is an expensive part of shopping,” she said.  “A lot of times people have to make the choice to buy less healthy food—starches or sugary drinks that fill you up but don’t give you the nutrition you need.”

Such innovative programs, she added, have been “generally well-accepted and funded on both sides of the aisle”—a glimmer of hope, given the kick-the-poor proclivities of the current presidential administration.