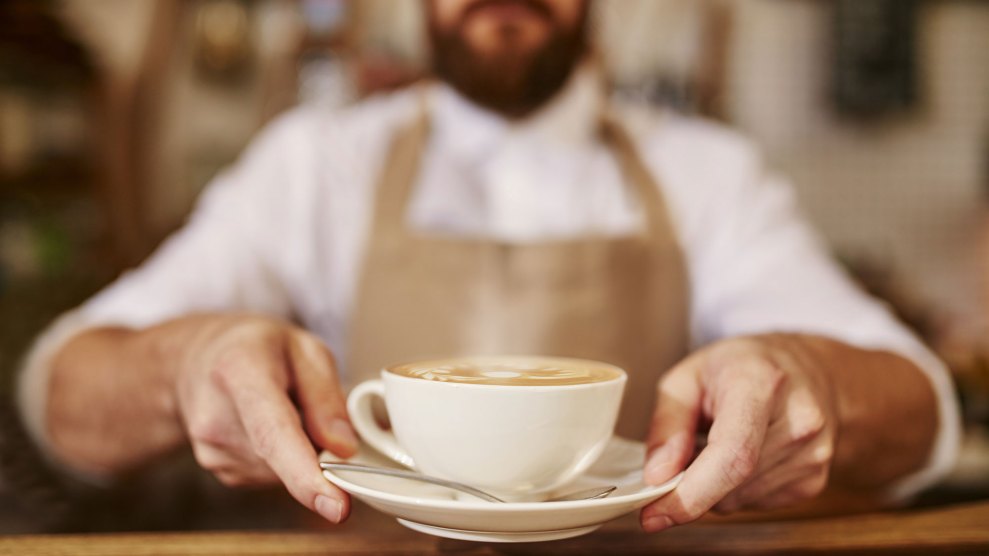 Lois, the protagonist of Robin Sloan’s new novel, Sourdough, lives in a San Francisco brimming with ambitious techies and crafty entrepreneurs. Many of them are hard at work on creating the next generation of delicacies to tempt the citizens of their food-idolizing city while simultaneously solving all the world’s problems. When a gift of magical sourdough starter lands on Lois’ lap, she rolls up her sleeves and learns how to bake. Secretive, invite-only farmers markets and oblique cheese mongers soon enter the picture. In short, it’s San Francisco on the nose. And Sloan peppers the brisk, entertaining story with plenty of food trend send-ups that any Bay Area local will be able to identify faster than you can say “locally sourced kombucha.”

Sloan’s first novel, Mr. Penumbra’s 24-Hour Bookstore, pitted a musty haunt in North Beach against the information powerhouse of a company that bears a striking resemblance to Google. But both novels manage to gently mock their setting without being mean-spirited. Sloan talked more about striking this balance when we interviewed him on Bite, Mother Jones’ podcast about food politics, at Book Shop West Portal in San Francisco. Listen to the interview below:

And here are our favorite Sourdough food trend send-ups:

1. Hipster bakers. Sourdough‘s protagonist Lois learns to bake after reading The Soul of Sourdough, written by a young baker, Everett Broom, “with a thick black beard below a face so clean and cherubic it made the beard appear glued on.” The bread bible recounts Broom’s “flameout as a professional skateboarder, his addiction to a home-cooked drug known as spaz rocks, and finally his retreat to a bread-baking shack on the beach.”

“You should come for dinner some time,” one restaurateur tells Lois. “We have tables available next spring, I believe.”

2. Liquid food substitutes. For lunch at her tech start-up job, Lois dines on “slurry”: “a nutritive gel manufactured by an eponymous company…Dispensed in waxy green Tetra Paks, it had the consistency of a thick milkshake. It was nutritionally complete and rich with probiotics. It was fully dystopian.”

3. Trendy coffee chains. Lois watches tourists gather at the Ferry Building around Greenlight Coffee, “watching the baristas take their time.” Greenlight followed a typical San Francisco trajectory: It began as “a ramshackle cart at the outermost corner of a far-flung farmers market.” As the trajectory goes: If you’re spotted, you open in a gentrified neighborhood, and a few years later you’ll have expanded to a “more boldly designed flagship along one of the city’s Certified Cool Thoroughfares…You will have become a celebrated local mini-chain. Finally, you will sell your company to Starbucks for nineteen million dollars.”

4. Fancy ice cream flavors. A plum pickler dashes out of a Ferry Building meeting “carrying her jar toward the stairs that would lead her down to the main concourse, where perhaps she would acquire a cone of cardamom ice cream to assuage her anxiety.” (At least one stressball journalist in this town has been known to do the same.)

5. Eco-minded futuristic food trends. At a mysterious farmers market, Lois spots “a man selling barramundi that lived their whole lives in watery tubes…another man cleaned those fish and fried them into tacos on the spot, filling tortillas made from cricket flour.”

6. Biohacking. Another vendor features platters of paper-wrapped blocks, “white as a grub.” These were “super nutritious cellulosic suspension manufactured in situ by a community of microbes” with “all the vitamins, minerals, and macronutrients you need,” plus “tons of fiber. Tons.” “‘Itsh good,'” Lois says, though “‘a bit shticky.'”

7. Gourmet sea salt. Lois goes to a shop in downtown Oakland that sells salt in little glass canisters, priced by the ounce: “Here, salt from the beaches of Gujarat; there, salt from the pans of Brittany; behold, salt from the suburbs of Portland.” (Sidenote: That last one really does exist.)

8. The cult of iconic chefs. “Charlotte Clingstone presented a kind of ideal. She was bohemian but accomplished. Worldly but rooted.” She was married to a poet, who dedicated his first book to her, and his second to her plum tree.

9. Condescending restaurant staff. “You should come for dinner some time,” one restaurateur tells Lois. “We have tables available next spring, I believe.”