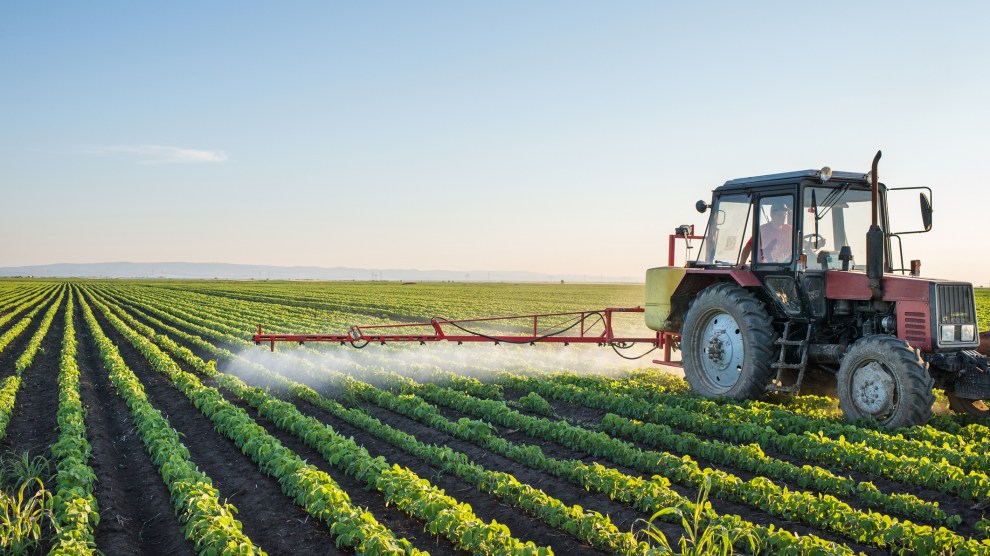 On Tuesday, two senators introduced a bill that would ban a pesticide linked to brain damage in kids. The legislation would do what the Environmental Protection Agency had long planned to—before EPA Chief Scott Pruitt denied the agency’s own proposal in March. Pruitt’s move was widely considered a signal from the Trump Administration on its intent to relax environmental regulations.

The new bill, called Protect Children, Farmers and Farmworkers from Nerve Agent Pesticides Act of 2017, was introduced by Tom Udall of New Mexico and has seven other co-sponsors, including California senator Kamala Harris (about a fifth of all chlorpyrifos used in the US is used on crops in California).

My colleague Tom Philpott wrote about the health risks associated with chlorpyrifos and Pruitt’s denial of its ban here.

The pesticide, largely manufactured by a subsidiary of Dow Chemical, is classified as a neurotoxin by the Center for Disease Control and is known to interfere with human hormones. Studies have found strong evidence that it could cause a lower IQ or increase the risk of autism in young children. Chlorpyrifos is sprayed on corn and soybeans in the Midwest and fruit and vegetable crops in the Southeast, Washington, and California. Shortly after the EPA greenlit the pesticide last spring, farmers in Southern California experienced nausea and vomiting after being exposed to drift from a nearby field.

Even if a federal ban doesn’t pass, groups in California are calling on state officials to create a state-wide ban. Earlier this month, district attorneys in six states filed a suit challenging the EPA’s decision.

“Congress must act because Administrator Pruitt has shown that he won’t,” Udall said in a statement. “The science hasn’t changed since EPA proposed banning chlorpyrifos in 2015 and 2017. Only the politics have.”