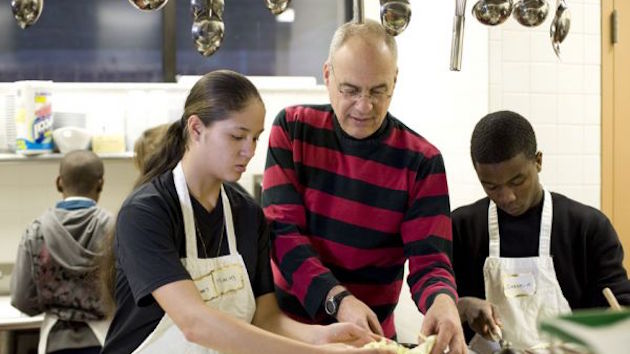 “I’m ready for something new,” Bittman said on Tuesday.

The Purple Carrot is one of a growing number of companies that deliver recipes and pre-measured ingredients to customers’ doors. Bittman told Eater in November that he was excited about how the entrepreneurial venture would give him a chance to “deal directly with farmers, to deal directly with doing sourcing, to have a direct impact on the way people eat.”

But now, less than a year in, Bittman has left Purple Carrot, though he retains an ownership stake in the company. In a phone conversation, he wouldn’t say much about his reasons for leaving. “I wish the company nothing but the best,” he said. “I did everything I could do to help [with its recent West Coast expansion], and now I’m ready for something new.” Bittman told me he’s still mulling what his next project will be.

In an emailed statement, Purple Carrot founder and CEO Andy Levitt wrote that “Having helped the company launch successfully, and reflecting Mark’s desire to pursue a broad range of activities, Mark and the company have agreed to an ending of his employment relationship with the company.” Levitt added that Bittman “remains a friend of and significant equity holder” in Purple Carrot, and a “strong proponent of plant-based meals.”

Meanwhile, just as Bittman is exiting the meal-kit space, his former employer, the Times, is diving in. The company recently announced a deal with Chef’d to make the newspaper’s recipes available in the form of boxed meal kits.

For a dive into the red-hot meal-kit space—and why I’m skeptical of its long-term prospects—read this story.