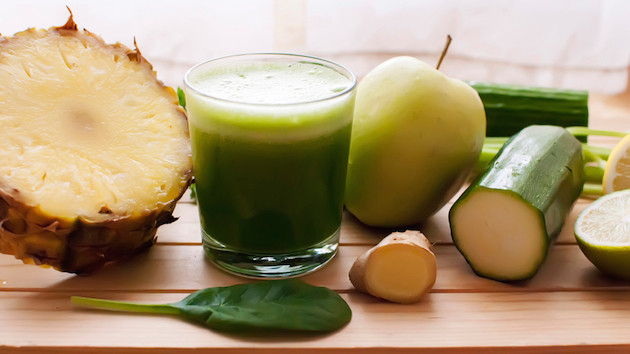 The tale of Juicero, a home-juicing startup, has me wondering about the longevity of the tech boom that has overtaken the Bay Area over the past decade. According to this New York Times piece, Juicero has drawn $120 million in “investments from Silicon Valley titans, including Google Ventures and Kleiner, Perkins, Caufield, and Byers, and big companies like Campbell Soup.”

Here’s the value proposition (to employ VC-speak): You fork over $700 for a shiny new juicer; order some pre-cut fruits and veggies at $4 to $7 a pop, bundled in “next-level packaging” and delivered via Fedex; stick the pack into the juicer, which then checks (via wifi) if the veggies are still fresh; and then, violá, you get an 8 ounce glass of “cold-pressed” juice, with no cleanup other than discarding the fancy packaging (reportedly soon to be compostable).

Nutrition gurus Gwyneth Paltrow and Dr. Oz are reportedly impressed. Paltrow’s Goop even declared Juicero the “coolest invention of 2016.” But it’s not hard to poke holes in the model. Washington Post reporters Roberto Ferdman and Christopher Ingraham point out that, on top of the initial $700 investment, Juicero users pay between 63 and 88 cents per ounce for the resulting elixir. By comparison, they found, the fanciest pre-made supermarket juice runs 33 cents per ounce.

The eye-popping prices aren’t the only potential trouble for Juicero. As the Times noted, the juice craze may have already peaked: Retail juice sales dropped 2 percent last year, while home-juicer sales dropped 6 percent.

And I predict the same health nuts who drove the juice boom in the first place will continue abandoning it, especially if more of them realize that even cold-pressed juicing removes the insoluble fiber from vegetables and fruits. Among its many benefits, insoluble fiber may play a key role in slowing the liver’s absorption of sugar, or so says sugar expert Robert Lustig, a pediatric endocrinologist at the University of California–San Francisco. And Lustig’s analysis applies even more strongly to juices than it does to smoothies, because while pureeing fruits and vegetables degrades insoluble fiber, juicing completely separates it out—so it never reaches your stomach.

Lusting told me that the absence of insoluble fiber isn’t such a big deal for low-sugar items like kale, but it matters for sweet stuff like most fruit and high-sugar vegetables like beets and carrots. Note that Juicero’s “Sweet Greens” packet includes apple and pineapple and delivers 17 grams of sugar per 8-ounce serving. The “Sweet Roots” also brings 17 grams of sugar, while “Carrot/Beet” contains 15 grams. That’s not so much different from the sugar content of the same amount of Coke (26 grams), and as with Coke, there’s no insoluble fiber to protect the liver from an instant sugar jolt.

It’s undeniable that unlike Coke, Juicero’s juices deliver nutritional value along with the sugar. But how long before customers realize that they’re better off dumping those pre-chopped goodies into a bowl, adding a few seasonings and a little oil (which helps the body absorb vitamin A), and consuming them as a salad? But then, what’s the point of the $700 machine and the price premium on that little packet of produce?

Now, I’m no visionary venture capitalist, so there’s a good chance I’m wrong. People have been calling the end of the tech boom for a while. Perhaps Juicero will emerge as the Uber of $7 juices, turning a $120 million bet into a gold mine. Maybe I should pitch a TED Talk about how the future of food is single-use gadgets designed for proprietary ingredient packs, hauled cross-country (cue thunderous applause). Anyone want to invest in my Uber-of-salad idea? What the world needs now is a wifi-enabled salad bowl—one that does the tossing and dressing for you, with ingredients shipped to your door.