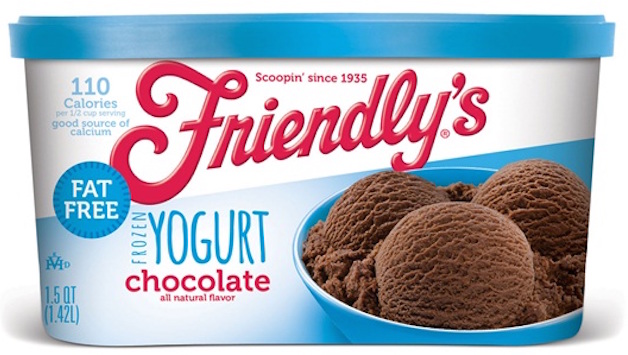 Fat-free fro yo: maybe not the way forward.

Low-fat dietary dogma—and, by extension, the plethora of processed junk the food industry conjured up to indulge it—has passed its sell-by date. But cutting down on sugary foods can trigger rapid health improvements.

Those are the messages of two studies released last week. For the fat one, a team of Harvard researchers scoured databases looking for randomized, controlled trials—the gold standard of dietary research—comparing the weight-loss effects of low-fat diets to other regimens like low-carb. They found 53 studies that met their criteria for rigor.

Lustig is a proponent of the idea that all calories aren’t created equal—specifically, that added sugars do more harm than fats, starches, and complex carbohydrates.

The study marks the latest indication that your fat-free fro-yo habit is not likely doing you any favors by cutting your fat intake. But its sugary jolt may be doing more harm than you already thought. That’s the suggestion of another new study, published in the journal Obesity, by a team led by longtime sugar critic Robert Lustig, a pediatric endocrinologist in at the University of California at San Francisco.

Lustig is a proponent of the idea that all calories aren’t created equal—specifically, that added sugars (in sodas, processed foods, etc.) do more harm than calorie-equivalent amounts of fats, starches, and complex carbohydrates. To test this theory, Lustig and his colleagues identified 43 kids diagnosed with obesity and metabolic syndrome—defined as a cluster of conditions associated with the risk cardiovascular disease and type 2 diabetes—and tweaked their diets.

For 10 days, the kids ate catered meals with caloric amounts equivalent to their previous diets but with all foods with added sugars removed, replaced with starches. Their overall sugar intake went from 28 percent to 10 percent (representing naturally sweet foods like fruit). Lustig summarized the results in an op-ed:

Diastolic blood pressure decreased by five points. Blood fat levels dropped precipitously. Fasting glucose decreased by five points, glucose tolerance improved markedly, insulin levels fell by 50%. In other words we reversed their metabolic disease in just 10 days, even while eating processed food, by just removing the added sugar and substituting starch, and without changing calories or weight. Can you imagine how much healthier they would have been if we hadn’t given them the starch?

It’s important to note that the results are suggestive, not conclusive. Unlike the studies conglomerated in the low-fat paper, Lustig’s project did not include a control group.

But both the Harvard study and Lustig’s reinforce an emerging consensus that fat is not necessarily a dietary devil, while quaffing sugar at typical US levels might just be.