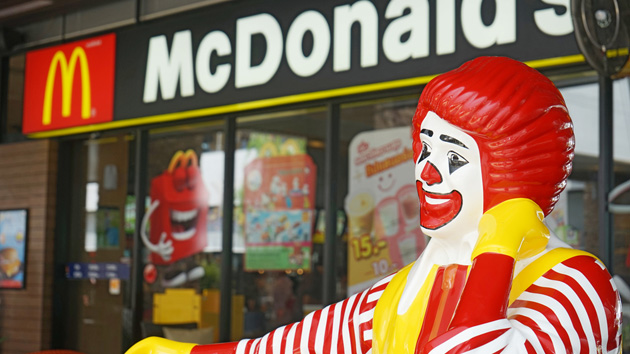 “The future looks very bleak. I’m selling my McDonald’s stock,” one operator wrote in response to a recent survey of McDonald’s franchises across the country, as quoted by Business Insider. “The morale of franchisees is at its lowest level ever.”

“McDonalds’ system is broken,” another wrote, according to MarketWatch. “We will continue to fall and fail.”

Is the fast-food giant having a mid-life crisis?

McDonald’s has some 3,000 franchises in the United States, and 32 of them—representing 215 restaurants—took part in the latest survey by Wall Street analyst Mark Kalinowski of Janney Capital Markets. Many of them complained about poor business this year and blamed corporate executives. When asked to assess their six-month business outlook on a scale of 1 to 5, they responded grimly with an average of 1.81. Maybe that’s because, according to the survey, same-store sales for franchises declined 3.7 percent in March and 4 percent in February.

Only three of the 32 franchisees said they had a “good” relationship with their franchisor, while about half described their relationship as “poor.” The average score for this question was 1.48 out of 5, the lowest score since Kalinowski first started surveying the franchisees more than a decade ago.

Reuters reported that a McDonald’s spokesperson responded to the survey by noting the poll size and saying that the company appreciates feedback from franchisees and has a “solid working relationship with them.”

Last month, McDonald’s executives invited franchisees to a “Turnaround Summit” in Las Vegas, to address its US sales decline. But the get-together didn’t seem to boost anyone’s spirits. “The Turnaround Summit was a farce,” one franchisee wrote in the survey, as quoted by AdAge. “McDonald’s Corp. has panicked and jumped the shark.” Another added, “McDonald’s management does not know what we want to be.”

Some franchise operators slammed McDonalds’ decision to raise pay by giving employees at company-owned stores $1 an hour above minimum wage. “We will be expected to do the same,” one wrote, according to Nation’s Restaurant News. “Watch for $5 Big Macs, etc. and Extra Value Meals in the $8 to $10 range.”

Next week, McDonald’s is set to report its first-quarter earnings.