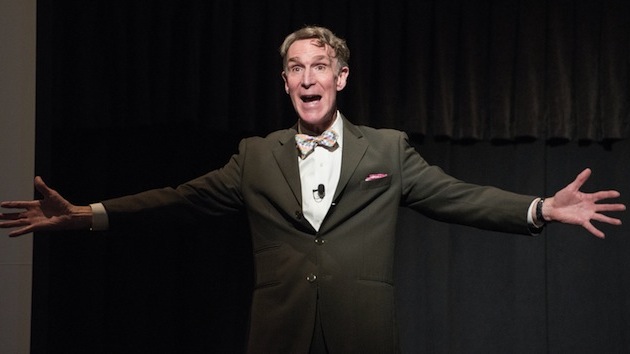 Bill Nye, the bow-tied erstwhile kids’ TV host, onetime dancer with the stars, and tireless champion of evolution and climate science, was never a virulent or wild-eyed critic of genetically modified crops. Back in 2005, he did a pretty nuanced episode of his TV show on it, the takeaway of which was hardly fire-breathing denunciation: “Let’s farm responsibly, let’s require labels on our foods, and let’s carefully test these foods case by case.”

In his book Undeniable: Evolution and the Science of Creation, published just last November, Nye reiterated these points. His concern about GMOs centered mainly on unintended consequences of growing them over large expanses—he cited the example of crops engineered to resist herbicides, which have been linked pretty decisively to the decline of monarch butterflies, which rely on abundant milkweeds, which in turn have been largely wiped out in the Midwest by GMO-enabled herbicide use. Nye praised certain GMOs, such as corn engineered to repel certain insects, but concluded that “if you’re asking me, we should stop introducing genes from one species into another,” because “we just can’t know what will happen to other species in that modified species’ ecosystem.”

Now, Nye’s doubts have evidently fallen away like milkweeds under a fine mist of herbicide. In a February interview filmed backstage on Bill Maher’s HBO show (starting about 3:40 in the below video), Nye volunteered that he was working on a revision of the GMO section of Undeniable. He gave no details, just that he “went to Monsanto and I spent a lot of time with the scientists there.” As a result, he added with a grin, “I have revised my outlook, and am very excited about telling the world. When you’re in love, you want to tell the world!”

Monsanto’s longtime chief technology officer, Robb Fraley, responded to the interview with an approving tweet featuring a photo of Nye at company HQ:

It will be interesting to hear what wonders within Monsanto’s R&D labs turned Nye from a nuanced GMO skeptic to a proud champion.