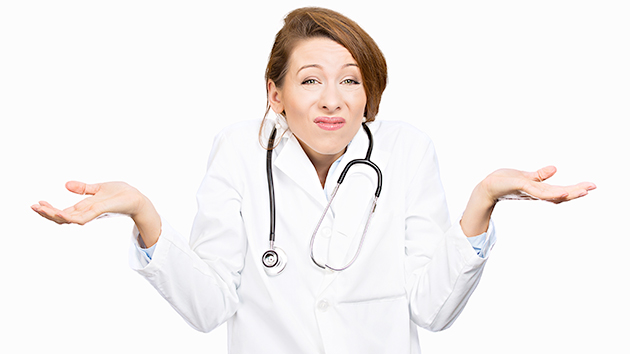 Here’s one big reason why the US has been so slow to take aggressive action on climate change: Despite the wide consensus among scientists that it’s real and caused by humans, the general public—not to mention a disconcerting number of prominent politicians—remains divided.

It’s not just climate change. On a range of pressing social issues, scientists and the public rarely see eye-to-eye. That’s the result of a new Pew poll released today that compared views of a sample of 2,000 US adults to those of 3,700 scientists who are members of the American Association for the Advancement of Science, the group that publishes the journal Science.

The poll didn’t attempt to explain the gaps between scientists and the general public. On some issues there are clearly factors beyond pure science, like ethics and politics, that influence opinions. For example, scientists show more support for nuclear power, but less support for fracking, than the public. As our friend Chris Mooney has reported many times, these outside factors tend to creep into peoples’ opinions even on objective questions like whether humans have evolved.

Lee Rainie, Pew’s director of science research, added that trust in scientists can be a big factor. On GMOs, for example, 67 percent of the public believe scientists don’t fully understand the health risks. And on issues like climate and evolution, the public believes there to be more disagreement within the scientific community than there actually is, he said.

More interesting findings are below: 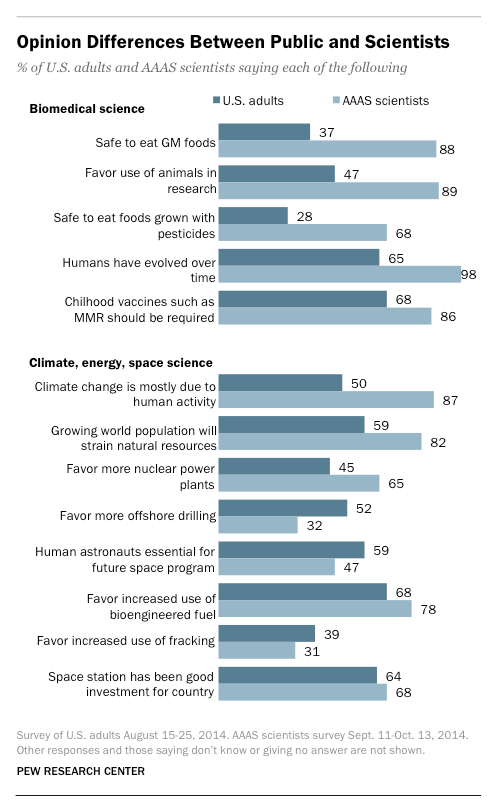