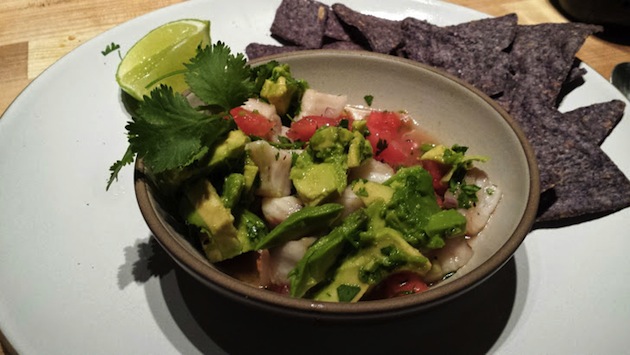 I’m reading Paul Greenberg’s superb new book American Catch. In it, Greenberg teases out Americans’ weird relationship to the sea. “We are a nation of coasts,” he writes, in which “nearly half of the population chooses to live less than ten miles from the sea.” Yet on average, we eat just 15 pounds of fish and shellfish annually per capita, vs. 100 pounds of red meat. Don’t even get me started about how growing loads of Midwestern corn, mainly for livestock feed, takes out huge swaths of the Gulf of Mexico, the mainland US’s greatest fishery. Of the fish we do eat, a startling 91 percent is imported—much of it farmed under dodgy conditions and barely inspected by food safety authorities. Meanwhile, we export nearly a third of our own abundant wild catch.

Contemplating these contradictions made me want to eat some damned fish. So I went to Austin’s stellar old-school fish monger Quality Seafood to see what I could get from the seascape nearest me, the Gulf of Mexico. The display included a gorgeous stack of black drum filets, a firm white fish subtly streaked with red—and rated a “good alternative” by the Monterey Bay Aquarium’s Seafood Watch program, which scrutinizes fisheries based on their sustainability. Contemplating the brutal heat outside and my stash of produce at home—tomatoes, a red onion, serrano chiles, limes, etc—inspiration hit me: ceviche, that sublime, no-cook Latin American answer to sushi. Well, it’s not exactly like sushi—the acid in the lime juice breaks down the fish, effectively cooking it. Which beats the hell out of firing up the oven on a hot day.

So I snatched a filet of black drum and got busy with the cutting board. Here’s what I did. This dish brings together a lot of sharp, bright flavors in a lovely way.

Put the fish, the onions, and a good dash of salt and pepper in a bowl. Add the lime juice and toss. There should be enough juice to fully submerge the fish. If not, juice another lime and add it to the bowl. Let the fish/onion/lime juice combo sit in the fridge, covered, for an hour or so (here’s an excellent Serious Eats guide to how long to let ceviche marinade based on your taste).

To finish, add the tomato, the garlic, the chile, a lashing of olive oil, and the avocado and cilantro (if someone in your crew hates cilantro, parsley and even mint work great). Toss, taste for salt, and serve with chips.