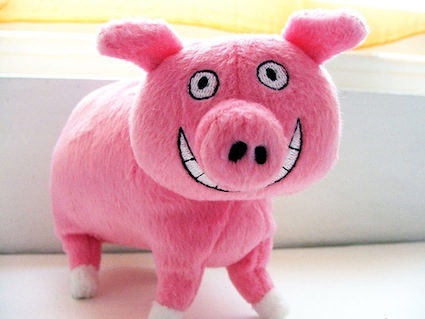 China doesn’t have the globe’s most sterling food safety reputation, and its fast-growing pork industry provides an apt example of why. A few months ago, dead pigs were showing up by the thousands in a Chinese river—the result, apparently, of a scandal involving the slaughter of diseased pigs. In 2011, hundreds of people became ill after eating pork tainted with clenbuterol, a growth-enhancing chemical the Chinese government had banned from hog feed nearly a decade earlier.

All of which makes it odd that the decision of a massive Chinese meat processor called Shuanghui Group—the very company at the center of the clenbuterol fiasco—to buy US hog giant Smithfield might actually clean up one dirty aspect of our domestic pork industry.

How can that be? As it turns out, the Chinese government has stricter standards than US food safety authorities on one aspect of industrial hog production: the use of pharmaceuticals that ramp up animals’ stress hormones and heart rates but also make them grow leaner and faster. China bans not only clenbuterol from hog production, but also all chemicals in it class, which are known as beta-agonists. The United States, however, allows certain beta-agonists in animal feed, including one called ractopamine (made by US pharma giant Lilly), which is thought to be less of a threat to meat eaters than clenbuterol because it degrades more quickly in animals’ blood.

Even so, ractopamine traces do routinely show up in US pork. In a 2012 survey of “other white meat” products bought at supermarkets across the United States, Consumer Reports found ractopamine in a fifth of samples. The effect of these small doses on humans remains little-studied. Here’s the ace food safety reporter Helena Bottemiller, from a 2012 story:

The US meat industry’s zeal to access the vast and fast-growing China market has tamped down its appetite for ractopamine.

Elanco [a Lilly subsidiary] mainly tested animals—mice, rats, monkeys and dogs—to judge how much ractopamine could be safely consumed. Only one human study was used in the safety assessment by Elanco, and among the six healthy young men who participated, one was removed because his heart began racing and pounding abnormally, according to a detailed evaluation of the study by European food safety officials.

In banning ractopamine, China joins the European Union, Russia, and Taiwan, among other countries. The Office of the US Trade Representative (USTR)—whose agriculture negotiations are led by former agrichemical industry lobbyist Isi Siddiqui—has pushed back hard against this resistance, trying to force other countries to accept pork from ractopamine-laced hogs.

The Smithfield deal may signal an end to that fight. Regardless of the USTR’s machinations, the US meat industry’s zeal to access the vast and fast-growing China market has tamped down its appetite for ractopamine. Last year, Bottemiller reported that between 60 and 80 percent of US hogs got regular lashings of ractopamine. But in mid-May, perhaps with an eye on the coming deal with its suitor to the east, Smithfield announced that it would soon be able to ensure that half of its vast pork production will soon be ractopamine-free. Smithfield rival Tyson is also shifting some of its contract producers way from ractopamine because it’s “concerned about how the use of these supplements is restricting US access to some important export markets,” a company spokesman told Reuters on Thursday.

Meanwhile, US food safety authorities have no intention of getting this dodgy, little-tested chemical out of our pork. It would be ironic if China’s less-than-vaunted food safety authorities ended up doing so. It would more ironic still if a two-tiered system emerged, in which China and other trading partners get the ractopamine-free pork raised here, leaving US eaters with the drug-laced stuff. Now if we could just get China to take a stand on another pork-related problem that has flummoxed our domestic food safety watchdogs: the practice of raising animals on regular doses of antibiotics.