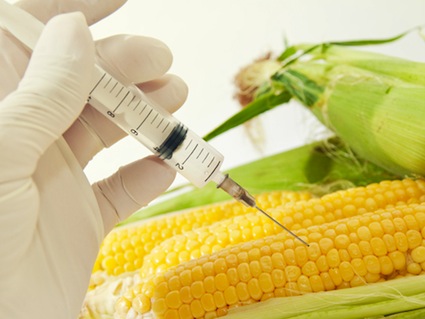 Back in early 2012, the US Department of Agriculture seemed on the verge of approving new genetically modified crops from agrichemical giants Monsanto and Dow. The two companies were pushing new corn and soy varieties that would respond to the ever-expanding problem of herbicide-tolerant superweeds by bringing more-toxic herbicides into the mix—and likely ramping up the resistance problem, as I explained at length in a post at the time.

Even some mainstream ag scientists were alarmed at the coming escalation in the war against weeds. Scientists at Penn State University—not exactly a hotbed of alternative ag thinking—delivered a damning analysis of the novel crops, which would be engineered to withstand not only Monsanto’s Roundup herbicide, but also the highly toxic old ones 2,4-D (Dow’s version) and Dicamba (Monsanto’s).

Yet in August, the USDA again signaled that approval would be imminent—and by the end of 2012, people who follow ag regulatory issues were telling me that the USDA would almost certainly approve the crops over Christmas break, timing the decision in an effort to minimize the inevitable uproar.

But then Christmas came and went with no announcement—leading Dow to issue a January press statement about how the unexpected delay meant it could not sell its new product to farmers for the 2013 growing season. Yet the company remained confident about the prospects for approval in time for planting in 2014—it told the trade journal Delta Farm Press it “expects all approvals will be in place for sale in late 2013,” in time for its novel seeds to be used over a “broad geography” in 2014.

But on Friday, the USDA essentially trampled on those expectations—it announced it was delaying approval of the crops until it could generate full environmental impact statements (known as EIS’s) on them. The move effectively means that the crops won’t be planted in fields next year, either, a Dow spokesperson told Bloomberg News.

What’s going on here is that under the National Environmental Policy Act, all federal agencies, including USDA, are required to perform an EIS if there’s a chance that a regulatory decision will affect the human environment. But for years, the USDA did not issue such analyses as part of its process of approving GMO crops, and watchdog groups like the Center for Food Safety have repeatedly and successfully sued the department for failing to do so.

Previous Center for Food Safety lawsuits on EIS grounds managed to temporarily delay the release of Monsanto crops like Roundup Ready sugar beets and Roundup Ready alfalfa. These suits are precisely what the infamous “Monsanto Protection Act,” snuck into a March Senate funding bill by a Monsanto-tied politician, is designed to combat.

USDA declared that it has “determined that its regulatory decisions may significantly affect the quality of the human environment.”

Before Friday’s bombshell, everyone assumed that the USDA would eventually approve the new Dow and Monsanto crops—and just brace for the inevitable lawsuit from the Center for Food Safety. But in its Friday press release, the USDA declared that it has “determined that its regulatory decisions may significantly affect the quality of the human environment…[and] therefore believes it necessary under NEPA to prepare these two EIS’s to further assist the Agency in evaluating any potential environmental impacts before we make a final determination regarding the products’ regulatory status.”

The immediate effect will be a substantial delay in any final decision on approval. The process typically takes at least a year—which is why, as I note above, Dow now doesn’t expect to be able to sell its new seeds in 2014.

The move appears to be a result of the popular opposition caused by previous USDA announcements about its intention to approve the crops. In its press release, USDA noted that it had received “8,200 comments, including petitions signed by more than 400,000 people” in response to its proposal to approve 2,4-D corn.

The real question now is whether the EIS process could actually prompt the USDA to reject the crops outright—something it has rarely done before. As I explained in two 2011 posts (here and here), the USDA has been given by Congress a shockingly weak framework for regulating GM crops—and has done little or nothing to broaden that framework through precedent.

That’s why it’s such a surprise to see the Obama USDA standing up, even a little, to a powerful, well-funded industry—especially after making several capitulations to it in recent years.