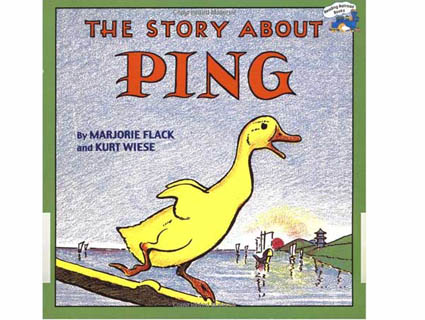 Like the 16,000 pigs that were recently found in a different river in Sichuan, how the ducks died and why they were in the river is a mystery. They were fished out of the Nanhe river “then buried in plastic bags three meters underground,” according to Agence Free Press. The Chinese government says that the ducks have been disinfected, and water in the area is safe to drink.

As The Guardian noted earlier this week, the hogs may be a consequence of the Chinese government attempting to better manage its livestock practices in its large-and-fast growing meat industry. Until recently, illegal butcher shops would buy dead pigs from farmers on the cheap, but after the government cracked down on the practice farmers began dumping deceased pigs in the river. Water contamination from livestock manure is also a major issue:

“The dead pigs weren’t a big problem in the past, it was pollution from the farming,” said Wang Yubing, deputy at the Pinghu Environmental Protection Bureau. Pinghu borders the Shanghai district of Jinshan and is upriver of the city, and pollution from pig farms further upriver in Nanhu and Haiyan damage water quality.

“The biggest pollution problem for Shaoxing is poultry and livestock farming,” said Xu Luzhong, an inspector with the Zhejiang environmental authorities, when he visited the city. Pig excrement, slurry and the corpses dumped all over mean that the beautiful water town is giving off a bit of a stink.

“There are 130,000 farmers raising over 7 million pigs. Each pig excretes as much as 6 or 7 adult humans,” said Yu Hongwei, deputy of the city’s environmental bureau.

Yet when it comes to pollution from large-and-growing factory farms, the US and China aren’t so different. We can scoff at the horror of thousands of pigs and ducks washing up in a river, Tom Philipott recently broke down the pollution running off of Iowa waterways and that isn’t so pretty either: There are 18 million hogs in Iowa, and the 1 million hogs in Sioux City alone give off as much untreated manure as the Los Angeles and Atlanta metro areas combined.