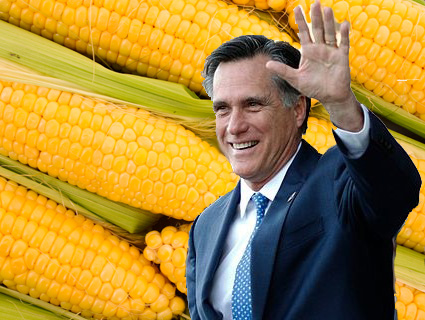 Today, Monsanto looms over the global ag landscape like a colossus. It is the globe’s largest seed purveyor—and its dominant vendor of genetically modified traits. How dominant? Here’s NPR on the company’s mastery over the US GMO market: “More than 9 out of 10 soybean seeds carry [Monsanto’s] Roundup Ready trait. It’s about the same for cotton and just a little lower for corn.” It also sells nearly $1 billion worth of herbicides every three months.

But for all its clout, Monsanto is a relatively new player in the Big Ag game. While fellow ag giants like ADM, Cargill, Bunge, and BASF have been in the game for a century or more, as recently as the late 1970s Monsanto was known mostly as a chemical company; herbicides were a relatively small sideline, and genetically modified seeds were just the gleam in the eye of a few scientists in the R&D department. And its flagship chemical business had plunged into crisis. In 1976, Congress banned the highly toxic industrial coolant PCB—the US production of which Monsanto had enjoyed what the Washington Post called a “lucrative four-decade monopoly.” According to the Post, Monsanto had been actively covering up the dangers of PCB exposure for years before the ban, opening the company to a thicket of lawsuits. To make matters worse, the company had also been heavily invested in the toxic pesticide DDT (banned in 1972) and the infamous Vietnam War defoliant Agent Orange—both of which carried their own legal and public-relations liabilities.

How did Monsanto pivot from teetering, scandal-ridden chemical giant to mighty high-tech (though still quite controversial) agribiz firm? As the veteran investigative reporter (and Mother Jones contributor) Wayne Barrett shows in a new Nation article, a young consultant called Mitt Romney helped push the firm on its highly lucrative new path. Monsanto first tapped the consulting services of the Boston-based consulting firm Bain in 1973, the same year Bain launched. When Romney joined Bain fresh out of Harvard in 1977, he quickly began working with the ailing chemical firm. Here’s Barrett:

Dr. Earl Beaver, who was Monsanto’s waste director during the Bain period, says that Bain was certainly “aware” of the “PCB and dioxin scandals” because they created “a negative public perception that was costing the company money.” So Bain recommended focusing “on the businesses that didn’t have those perceptions,” Beaver recalls, starting with “life science products that were biologically based,” including genetically engineered crops, as well as Roundup, the hugely profitable weed-killer. “These were the products that Bain gave their go-ahead to,” Beaver contends, noting that Romney was a key player, “reviewing the data collected by other people and developing alternatives,” talking mostly to “the higher muckety-mucks.”

In other words, Romney and Bain played crucial roles in shaping Monsanto’s strategy of selling off big chunks of its legacy chemical businesses and reinventing itself as ag-biotech firm.

And one of those “higher muckety-mucks,” then-Monsanto CEO John W. Hanley, was so impressed with Romney’s work that he helped launch Bain Capital, the spin-off private-equity firm to which Romney owes his fortune, explicitly as a vehicle to keep Romney in the Bain fold, Barrett reports. Hanley even placed $1 million of his own cash in Bain Capital’s original investment fund.

There’s no mystery why Monsanto would want to distance itself from its old business lines. As we know from documents that have dribbled out from legal proceedings over the years, Monsanto had essentially been operating as a corporate criminal. Here’s a 2002 Washington Post article on the company’s PCB business:

[F]or nearly 40 years, while producing the now-banned industrial coolants known as PCBs at a local factory, Monsanto Co. routinely discharged toxic waste into a west Anniston [Alabama] creek and dumped millions of pounds of PCBs into oozing open-pit landfills. And thousands of pages of Monsanto documents—many emblazoned with warnings such as “CONFIDENTIAL: Read and Destroy”—show that for decades, the corporate giant concealed what it did and what it knew.

In 1966, Monsanto managers discovered that fish submerged in that creek turned belly-up within 10 seconds, spurting blood and shedding skin as if dunked into boiling water. They told no one. In 1969, they found fish in another creek with 7,500 times the legal PCB levels. They decided “there is little object in going to expensive extremes in limiting discharges.” In 1975, a company study found that PCBs caused tumors in rats. They ordered its conclusion changed from “slightly tumorigenic” to “does not appear to be carcinogenic.”

It’s not clear how much Romney knew about these depraved acts in the late 1970s, but as noted above, the strategy he helped cook up was certainly smart, in a reptilian, money-making sort of way: Quietly skitter away from the now toxic (in PR terms) chemical industry, selling old business lines as fast as possible, and invest the proceeds in a new, shiny, positive-sounding field called “biotechnology.” And specialize in “feeding the world,” which sounds a hell of a lot nicer than dumping carcinogenic gunk in creeks. The strategy was by no means as obvious as it now seems in hindsight: Monsanto was exiting a steady, established business, industrial chemicals, in favor of a highly speculative and new one, ag biotech. But it worked brilliantly—by the time those PCB revelations came out in 2002, Monsanto could plausibly protect its image by saying, that was all in the past; we don’t make those kinds of chemicals anymore.

Of course, in its new, Bain-ified manifestation, Monsanto 2.0 remained quite ruthless in its pursuit of profit. As Barrett puts it, the metamorphosis merely meant “trading one set of environmental controversies for another.”

One difference is that Monsanto the ag-biotech giant is having a much better time with the regulatory agencies than Monsanto the chemical giant did in the ’70s. A President Romney would certainly be a “very old friend in a very high place” for Monsanto, as Barrett writes, but the current Oval Office inhabitant is pretty friendly, too. Even as Monsanto’s Roundup Ready seed empire gets increasingly choked by a welter of Roundup-resistant weeds and inspires gushers of herbicide cocktails, the USDA keeps approving new Roundup Ready products—and appears on the verge of okaying novel ones that threaten to bring forth even more superweeds and even more-toxic herbicides.

But then again, Monsanto the chemical giant enjoyed several decades of impunity before the federal government finally cracked down in the ’70s. Perhaps the agrichemical giant, too, will one day see its regulatory fortunes turn.