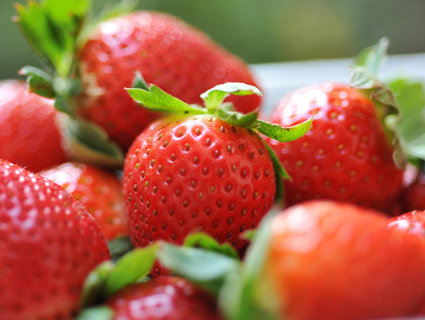 Methyl iodide, a highly toxic pesticide intended for large-scale plantings of strawberries and other fruit crops, gained approval from the EPA in 2007 and the California Department of Pesticide Registration in 2010. Yet its maker, chemical giant Arysta, abruptly yanked it from the US market Tuesday.

What happened? Methyl iodide’s inglorious exit ends a saga that exemplifies corporate capture of the regulatory agencies and the potential for popular organizing to push back against it.

Arysta was marketing methyl iodide as a replacement for methyl bromide, which large-scale strawberry growers have come to rely on to sterilize soil before planting. Methyl bromide has two problems. The first is that is a powerful destroyer of ozone. The second is that it’s highly toxic to the farm workers who handle it and for the people who live near fields treated with it. Its ozone-destroying qualities ran it afoul of the Montreal Protocol of 1987, which banned its use internationally. US growers have continued using it under annual “exceptions” ever since.

Methyl iodide doesn’t affect ozone, making it Montreal Protocol-friendly. But the threat it poses to farm workers is even worse than that of methyl bromide. Back in 2007, when the EPA was mulling methyl iodide’s registration, 54 scientists, five of them Nobel laureates, came forward with a blunt letter urging against it. They wrote that within the chemical-research community, methyl iodide is an “extraordinarily well-known” cancer hazard, because of its ability to “modify the chemist’s own DNA, as well as the target molecule in the flask, leading to mutations that are potentially very harmful.” Chemists use it only in tiny amounts and with the greatest care, they continued; and using it on farm fields would “guarantee substantial releases to air, surface waters, and groundwater, and will result in exposures for many people.”

The EPA dismissed their plea and registered methyl iodide anyway. A year earlier, as I reported at the time of the EPA’s controversial decision, the agency had hired the CEO of Arysta’s North America division.

Most states automatically greenlight use of chemicals registered by the EPA, but California requires that they pass review of its Department of Pesticide Registrations. And California, with its vast strawberry harvest, represented a huge potential market for Arysta. Surely, the DPR would move to protect the state’s farm workers from this known carcinogen. Right?

Wrong. In the waning days of Gov. Schwarzenegger’s term in late 2010, the DPR approved methyl iodide. A few months later, DPR director Mary-Ann Warmerdam, a Schwarzenegger appointee, resigned to take a position with chemical giant Clorox. Once again, a regulatory agency had dismissed the concerns of scientists and approved a deadly chemical.

Cleared by the regulators, methyl iodide faced other hurdles. With the official watchdogs belly up, San Francisco-based advocacy group Pesticide Action Network went on the offensive, launching a “Safe Strawberry” campaign, which gathered information and organized petitions. Farm workers in California’s ag-intensive counties, who had the most to lose from the unleashing of methyl iodide, got busy. The United Farm Workers Union (UFW) launched its own campaign, organized a 200-mile march, and farm worker activism helped push resolutions asking Gov. Brown Brown to reconsider the state’s approval of the chemical in two key counties: Monterey and Santa Cruz.

Perhaps most importantly, a coalition of environmental groups including Pesticide Action Network and farm-worker advocacy groups like UFW joined forces on a lawsuit challenging the process by which California’s DPR approved methyl iodide. An Alameda County Superior Court judge was widely expected to rule “soon” on that lawsuit, Associated Press reported Wednesday. Meanwhile, under pressure from the same coalition of environmental advocates and farm workers, Gov. Jerry Brown had vowed to reconsider methyl iodide’s registration status and appointed an organic farmer to head up the pesticide-registration department.

Arysta explained its pullback of methyl iodide by pointing to the pesticide’s “economic viability in the US marketplace”—or, evidently, its lack thereof. The profit potential for methyl iodide, which had once seemed so promising, had evidently shrunk under the scrutiny of scientists, pesticide watchdogs, and farm workers. Thus even when the EPA and other official watchdogs toe the industry line, the chemical companies don’t always win. As for strawberry growers, many of them will continue using methyl bromide under exceptions to the Montreal Protocol. Meanwhile, the strawberry industry is teaming up with the California DPR to look for ways to reduce reliance on fumigants. In the long run, growers may have to end their reliance on soil sterilizers and revert to tried-and-true strategies like crop rotation. (For a more detailed look at the place of fumigants in industrial-scale fruit production, see this 2007 Grist column).