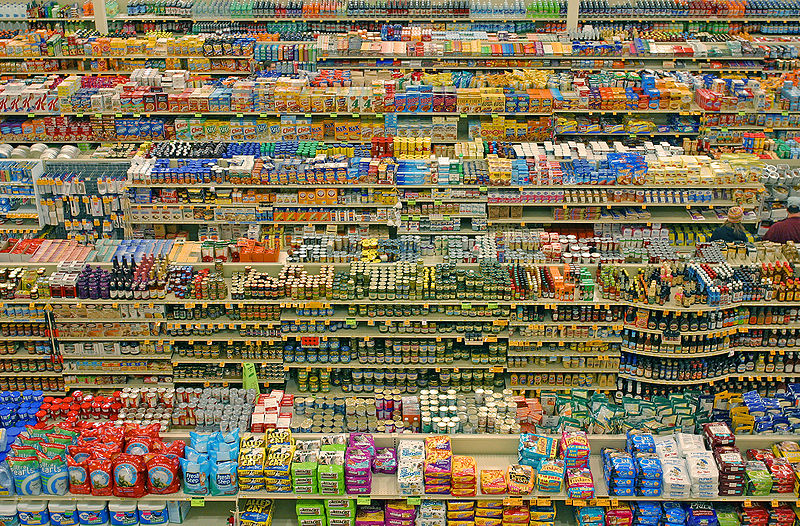 Ethicurean’s Marc R. has extracted some interesting tidbits from this recent GAO report on American food spending and agriculture. Through a few neat bar graphs, he elegantly makes a series of points. In summary: While total spending on food increased by 16 percent between 1982 and 2007, the share of our incomes that we spend on food decreased by 20 percent during that same time period. Calorie availability increased from from 2,200 calories per person per day in 1982 to 2,679 in 2007.

So basically, Americans have spent less money on more calories in recent years than they did back in the eighties. It’s probably no coincidence that high fructose corn syrup, which is less expensive than sugar, really took off in the ’80s and ’90s.

Another important point: Prices of “healthy” food skyrocketed at the beginning of the current recession:

Eggs cost 25 percent more in February [2008] than they did a year ago, according to the USDA. Milk and other dairy products jumped 13 percent, chicken and other poultry nearly 7 percent.

I couldn’t find numbers on junk food inflation, but I don’t remember the price of a bag of chips changing all that much during that time. A 2007 University of Washington study suggests I’m right: Researchers found that junk food is not only typically much cheaper than “healthy” food; its price is also less subject to inflation:

The survey also showed that low-calorie foods were more likely to increase in price, surging 19.5 percent over the two-year study period. High-calorie foods remained a relative bargain, dropping in price by 1.8 percent.