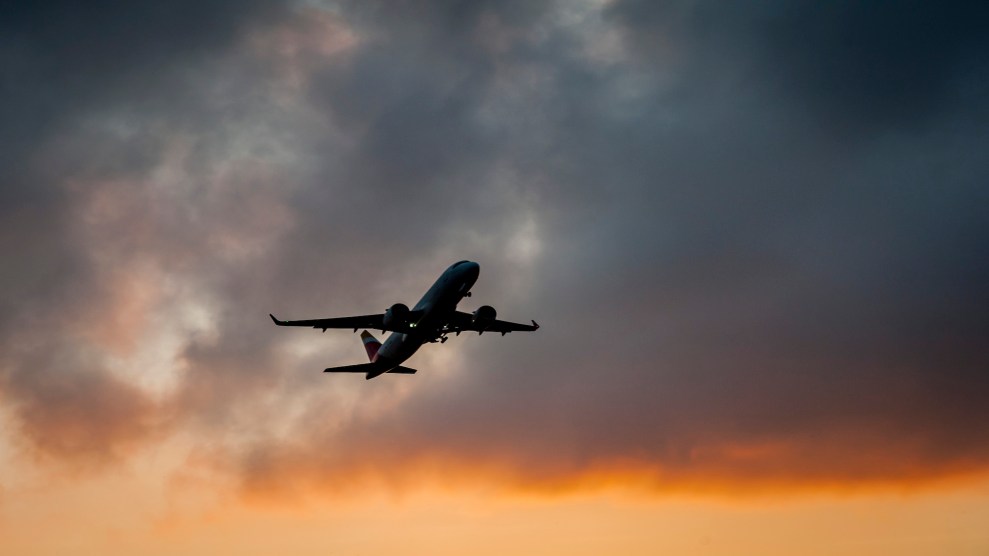 An “elite minority” of frequent flyers cause most of the climate damage resulting from aviation’s emissions, according to an environmental charity.

The report, which collates data from the countries with the highest aviation emissions, shows a worldwide pattern of a small group taking a large proportion of flights, while many people do not fly at all.

It was already known that 10% of people in England took more than half of all international flights in 2018. A global study reported by the Guardian in November found that frequent-flying “super emitters” who represent just 1% of the world’s population caused half of aviation’s carbon emissions in 2018. Almost 90% of the world’s population did not fly at all that year.

The coronavirus pandemic has slashed the number of flights taken but campaigners fear government bailouts of airlines will cause aviation to return to its pre-pandemic growth trend.

Possible, the group that produced the new report, is calling for the introduction of a frequent flyer levy, whereby the first flight in a year incurs little or no tax and it therefore does not penalize annual family holidays. But the levy then ramps up for each additional flight.

“The benefits of high-carbon lifestyles are enjoyed only by the few.”

“If left unchecked, emissions from polluting industries like flying threaten to crash the climate,” said Alethea Warrington, a campaigns manager at Possible. “This report shows [that] while the poorest communities are already suffering the impacts of a warming climate, the benefits of high-carbon lifestyles are enjoyed only by the few. A progressive tax on aviation would treat frequent flying as the luxury habit it is.”

Leo Murray, a director at Possible, said there were “desperate efforts by politicians to return aviation to its former planet-burning growth trajectory by throwing public money at airlines.”

Murray added: “Air travel is a uniquely damaging behavior, resulting in more emissions per hour than any other activity, bar starting forest fires. So, targeting climate policy at the elite minority responsible for most of the environmental damage from flights could help tackle the climate problem without taking away access to the most important and valued services that air travel provides to society.”

Finlay Asher, a former airline engineer turned climate activist, said: “As an engineer working on future aircraft technology, I quickly realized that technology development is moving too slowly compared with growth in air traffic. The only way to reduce emissions from the sector in time is government policy to fairly limit demand for flights. Without that, no amount of technology will help.”

Michael Gill, executive director at the International Air Transport Association, which represents the world’s airlines, said: “Taxes have proved to be an ineffective way to tackle emissions. The focus instead should be on practical means to mitigate the CO2 impact of aviation, while still enabling people to fly for business and family reasons.”

“Airlines are investing billions in cleaner aircraft, sustainable aviation fuels and the use of carbon emissions trading or offsetting as part of a long-term strategy to cut 2005-level emissions in half by 2050.

“We would also dispute the description that frequent flying is a ‘luxury habit’. Many, if not the majority, of frequent flyers are businesspeople who need face-to-face contact with clients and staff, particularly over the coming months as business returns to normal.”