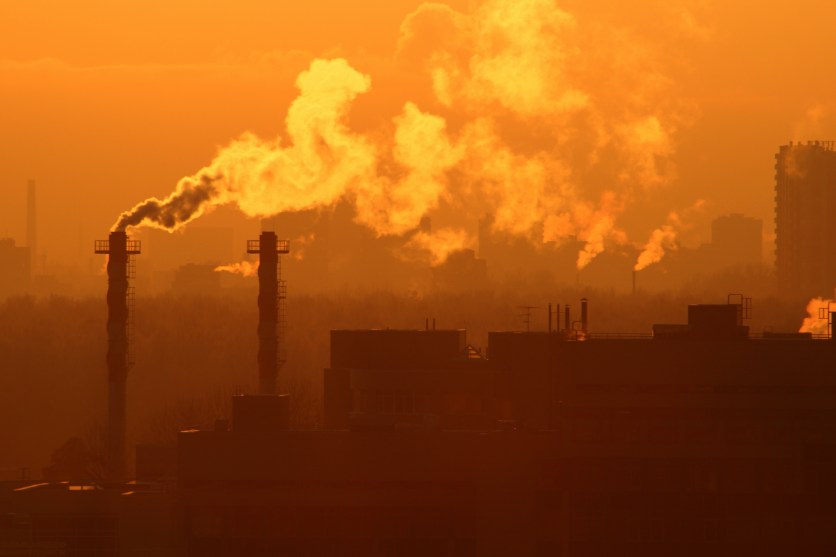 How much do you reckon your city contributes to climate change? If you added up the emissions from all the homes, businesses, vehicles, industries—everything that makes a city a city—what would your local carbon footprint be?

If you haven’t a clue, you’re not alone. It turns out that city officials themselves are struggling to accurately self-report local emissions, according to new research out today in the journal Nature Communications. The study used Vulcan, a comprehensive emissions model developed by the researchers, to analyze 48 American cities. It found that, on average, officials are underreporting their greenhouse gas emissions by 18.3 percent. If you were to extrapolate that discrepancy to all the cities across the United States, the potentially unreported carbon would equal 129,000,000 metric tons—nearly 25 percent more than all of California’s emissions in 2015.

“We’re trying to avoid just being critical without having something redeeming to say at the end of all this,” says Northern Arizona University climate scientist Kevin Gurney, lead author on the paper. City officials themselves are not at fault, he insists. They’re working with limited resources, and they’ve still been able to build impressive, though imperfect, “inventories” of their cumulative emissions. “In some ways,” says Gurney, “they’re being burdened with doing a job they shouldn’t have to do.”

City officials build what’s called self-reported inventories, or SRIs, to get an idea of local emission levels. Municipal leaders then use these SRIs to develop climate action plans, aiming to trim emissions where they can.

But the problem is that local governments go about this quantification in unique ways, and some may have more resources to develop a comprehensive inventory than others. Typically, municipal officials will choose between three or four existing protocols, developed by nongovernmental organizations; these generally incorporate various forms of energy consumption data and tallies of vehicle miles traveled within the city. They can also count their city’s buildings to estimate how much the built environment contributes to emissions.

The result is a scattershot approach to quantifying emissions, with no national template. Officials in one city might find it difficult, for instance, to get numbers on fuel consumption in certain industries—so they leave that information out, thus underreporting overall emissions. Leaders in another city might go in the opposite direction and overreport their local footprint. Others might lose the team responsible for the SRI when an administration changes, so they will also lose their institutional knowledge of the intricacies of what went into that report; for instance, which emissions might have been left out of the tally.

“If you step back from it for a minute, it seems actually like kind of a silly thing to do,” says Gurney. “Not that they shouldn’t do it, but that you shouldn’t have every single individual city having to redundantly build this information. It’s expensive. It’s difficult. It’s hard to do it systematically.”

Take Flagstaff, Arizona. According to Gurney, officials there were incorporating retail sales from gas stations in the city’s SRI calculation, which is usually a perfectly reasonable way to estimate emissions from local vehicles. Emphasis on local. The issue is that Flagstaff sits on an interstate highway, and there’s no way to separate gas sales made to residents from sales made to people stopping by on their way between Albuquerque and Las Vegas. “There’s nothing technically wrong with doing that,” says Gurney of using retail gas sales as a data point. “But it’s probably not appropriate to reflect that in the emission account of the city of Flagstaff, unless they want to take responsibility for emissions that are occurring within 500 miles of the city.”

Having each city build an individual SRI is like developing a national weather forecasting system by asking each county to characterize their local weather, then gathering up all those systems into one cohesive model. “Well, that wouldn’t make any sense when you’re doing weather forecasting,” says Gurney. “In the same way, a greenhouse gas emissions system shouldn’t be every single entity doing this redundantly themselves.”

Instead, Gurney argues that the Vulcan system can shoulder the burden of calculating carbon levels for cities across the US. He and his colleagues have been developing the system for 15 years, incorporating two dozen data sets to thoroughly quantify sources of emissions across the country in fine detail. Vulcan looks at traffic, census, and air quality data, and takes an inventory of the emissions from all the power plants in the US. In some cities, like Los Angeles, the model is so detailed that it can discern how emissions vary block by block. The team has been able to confirm Vulcan’s modeling of emissions with atmospheric measures of CO2 across the US.

And in their new research, they found that city self-reports are often out of step when compared to Vulcan’s outputs. Their study found that some places, like Flagstaff and Palo Alto, significantly overreported their emissions (by about 60 percent and 40 percent, respectively). Others, like the California city of Torrance, underreported by over 100 percent, according to the study. (The team adjusted Vulcan’s output for each city, by the way. If one left out industrial fuel use, for instance, so would Vulcan, in order to better square the results. This means that Vulcan would also come up with somewhat of an underestimation, compared to a complete report.)

So why is it important to resolve these discrepancies? For one thing, city agencies can end up sinking considerable time and resources into mitigating emissions—like by creating more public transport and green spaces, or making the built environment friendlier for pedestrians—so they should have access to the most accurate data possible to figure out what to fund. And local data constantly changes as a city naturally transforms over time, so policymakers can find themselves tasked with making decisions based on a recent SRI report that’s already out of date.

Vulcan, by contrast, is consistently updated every two or three years with new data across the board, which can characterize a city’s growth over time. “We’re suggesting that this needs to be done in an ongoing fashion,” says Gurney. (He says governments can reach out to his team to start digging into Vulcan’s data on their cities.)

Might Vulcan, then, become a sort of standardized platform for American cities to more accurately measure their emissions? “I think that’s plausible, for sure,” says Louisiana State University environmental scientist Brian Snyder, who wasn’t involved in the work. “And I think it’d be a vast improvement upon what they’re doing right now.”

What cities are best equipped to transform at the moment, Snyder argues, is transportation. “If you want to reduce your emissions from transport, you have to know what your emissions are to begin with,” Snyder says. “And one of the nice things that Vulcan does is it sort of shows you—very specifically to the grid space—where they at least think those emissions are coming from.” This could help city agencies figure out where to bolster public transportation, for instance.

But there’s only so much a city can do to reduce emissions in the short term, Snyder adds. “A lot of stuff has been baked into the cake for 100 years.” Oil refineries remain a scar on the landscape for many cities, for instance.

Getting data from Vulcan would be not step one, but “step zero” in how a municipality plans to cut its emissions, according to Christopher Jones, director of UC Berkeley’s CoolClimate Network, which develops climate solutions for cities. (He wasn’t involved in this new work.) “I really find a lot of value in projects like Vulcan that are trying to provide that information with no effort on the part of the cities,” Jones says. “That’s really important, but you do have to work with them to figure out what their needs are. Just giving them data isn’t useful to them.”

You’d have to present the data in a way that provides context—for example, how local emissions are changing over time. And when you find an emissions reduction target to hit, city officials need options that are within their control: They can’t just tear down a power plant that runs on natural gas without providing a new, green way to immediately replace that energy. But in general, Jones points out that cities wield more immediate control over land use. For instance, local agencies can make plans to develop more green spaces.

Creating accurate and standardized ways for cities to track their carbon footprint will be especially critical in the future, given that while half the world’s population currently lives in cities, that figure will skyrocket to 70 percent by 2050. Cities are already responsible for three-quarters of global CO2 emissions.

On top of all that, the laws of thermodynamics dictate that cities are more vulnerable in a warmer world: They tend to be considerably hotter than rural areas, thanks to the urban heat island effect, in which the concrete soaks up the sun’s energy during the day and slowly releases the heat at night. One recent study found that by the year 2100, cities could warm as much as 4.4 degrees Celsius. “Not only will Vulcan keep pace with the growth of cities, where the world is becoming an urban world, it’ll also be able to allow for course correction,” Gurney says.