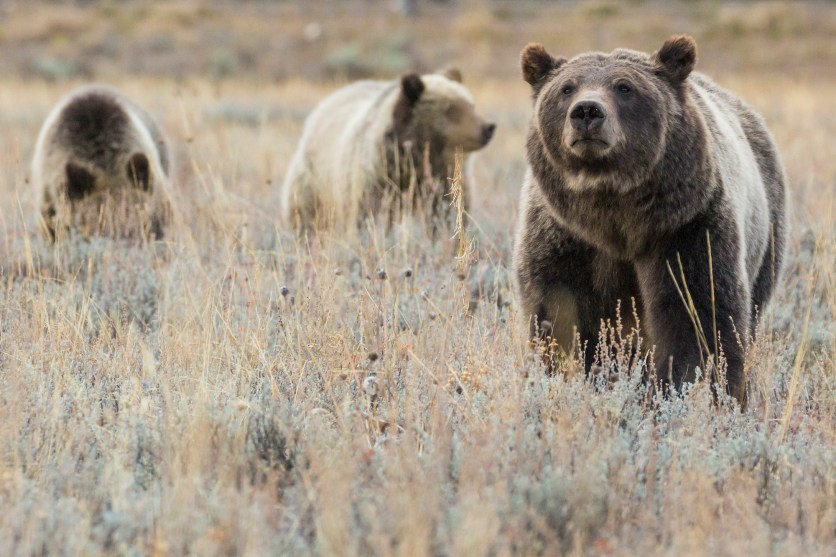 Grizzly bear roaming in a field in Grand Teton National Park in Wyoming.BlueBarronPhoto/Getty

This article is part of the Future Agenda, a series from Future Tense in which experts suggest specific, forward-looking actions the new Biden administration should implement.

Over the past four years, the Trump administration has several times changed the way it interprets the Endangered Species Act in order to weaken its power. The most notable changes, together constituting a broad attack on the ESA’s power to protect endangered species, have been in effect since fall 2019. President-elect Joe Biden is reportedly planning a number of “Day One” executive actions to undo Trump administration initiatives on immigration, public health, and other policy issues. Added to this list should be an immediate reversal of the Trump administration’s 2019 changes to its interpretations of the ESA.

The ESA was signed into law by Richard Nixon in 1973, part of a wave of environmental legislation that also included initiatives for achieving clean air, clean water, and occupational safety in industries employing toxic chemicals. The ESA protects species in danger of going extinct, as well as the habitats in which they live. Upon its creation, Americans breathed a bit easier about the survival of grizzly bears, bighorn sheep, gray wolves, and other “charismatic megafauna” tied up in the nation’s mythos about a wild and untamed frontier but threatened by industrial development. Although these were the species most Americans thought of when they imagined the law, it has a much broader scope and protects any plant or animal species in danger of going extinct, whether they be well-known animals or obscure varieties of dandelions, spiders, or frogs.

The law quickly became anathema to many conservatives, who deplored the effect of habitat protection provisions on economic development projects. Suddenly, finding a tiny, unexceptional but endangered fish in a river could block the construction of a dam that would otherwise bring cheap electricity as well as construction and engineering jobs to rural areas. In 1978, under pressure from Republicans, President Jimmy Carter signed into law amendments to the ESA that allowed specially created committees to consider exceptions to the law in specific circumstances. However, in general, the act has remained broadly popular during its existence, and subsequent efforts to attack it directly in Congress have almost always failed. For example, in 1995 Sen. Slade Gorton (R-Washington), introduced a bill that would have severely weakened the ESA, but the effort went nowhere. Republican presidents have learned over time not to try to pass legislation to destroy the ESA directly but instead to change how the federal agencies under their management interpret the law’s provisions. For example, the George W. Bush administration removed the long-standing requirement that biologists from the U.S. Fish and Wildlife Service weigh in on the potential impact on construction projects, a move that Barack Obama later reversed.

Trump’s 2019 directives, which affected how the FWS and the National Oceanic and Atmospheric Administration would interpret the law, were sweeping. First, they curtailed the way agencies could enforce protection of “threatened” species, which are one step below “endangered” species in the law’s categorizations. Second, they loosened the directive to agencies to consider the impact of human activity in the “foreseeable future.” The agencies previously took a broad view of “foreseeable future” and could take into consideration how climate change might affect species decades from now; the new interpretation curtailed the time frame permitted, virtually disallowing climate change issues from playing a significant factor in decisions. Third, the changes allowed regulators to take into consideration economic losses for humans when making decisions about the habitats of endangered species, which was not previously allowed. Taken together, the Trump administration’s changes were designed to open up land for oil and gas drilling, along with mining, without regard for the survival of endangered species.

There are a number of reasons for Biden to reverse these changes immediately. The first is a compelling moral argument long made by environmentalists about the inherent right of other species to exist. Humans are merely one species among millions on the Earth, the argument goes, and it should not be solely up to us to decide which species are allowed to survive and which go extinct. The second is more practical: We have derived many benefits from plant and animal species over the course of our existence, and do not know which species might be of use to us in the future, so it is worth protecting all of them. In a century’s time, for example, we might find that some specific type of tree bark or mushroom has medicinal properties (perhaps for a disease that doesn’t itself even exist yet), and so it is worth protecting all endangered species now.

Third, along with rejoining the Paris climate accord, reversing the Trump administration’s actions on the ESA would send an important message about the return of U.S. environmental leadership on the global stage. It is difficult to ask nations with lower GDPs and per capita incomes to take environmentally beneficial actions if they have citizens who struggle to enjoy adequate food supplies, clothing, and housing, but it is nearly impossible to do so when the U.S. abdicates its position as a global environmental leader. For the sake of the natural environment’s future health, sending a strong signal about the return of a U.S. leadership role will be key.

So, as soon as possible after taking office, Joe Biden should reverse the Trump administration’s 2019 actions on the ESA. As written, the ESA is a robust law with strong protections for endangered species, and doing away with the Trump changes would return the law’s impressive power to its previous state. Doing so would expand protections for “threatened” species back to their previous level in order to help them from becoming “endangered” later. It would reexpand the definition of “foreseeable future” and thereby demonstrate that the Biden administration takes climate change seriously, an enormous concern for progressives otherwise skeptical of Biden’s agenda. And it would make clear that economic impacts to humans, while important, are in fact separate concerns from environmental issues. Perhaps most importantly, by restoring the role of biologists, climatologists, and other scientists in policymaking, it would be a small but significant step in undoing the Trump administration’s wholesale disregard for science and evidence-based inquiry. And that is a goal worth pursuing.