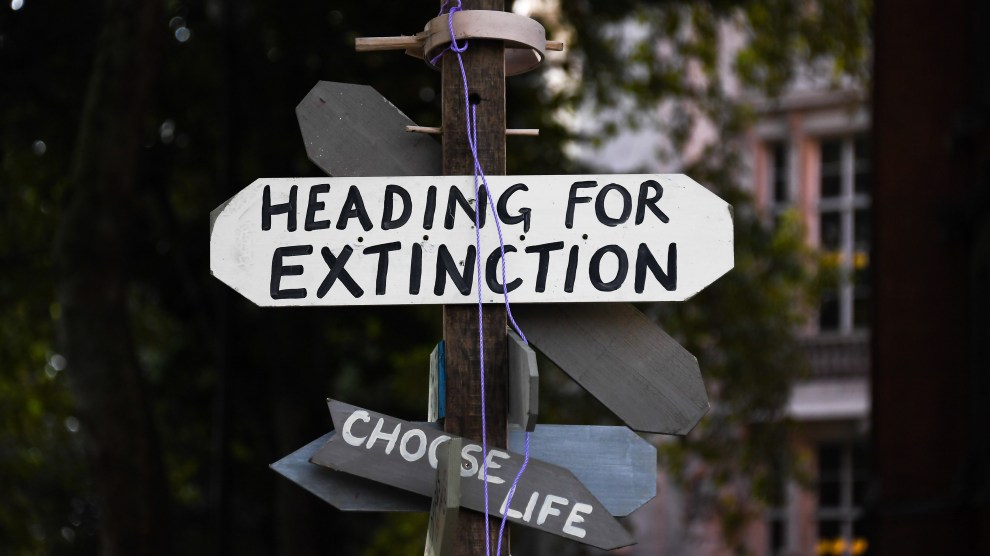 Forty years after scientists at the First World Climate Conference in Geneva, Switzerland called on world governments to curb global warming for the good of humanity, 11,000 scientists from 153 countries have declared that we have entered a climate emergency.

The world will endure “untold human suffering” if humans don’t dramatically reduce greenhouse gas emissions, argue Oregon State University’s William J. Ripple and Christopher Wolf—along with a coalition of scientists from around the world—in a paper published today in BioScience. The effects include frequent severe weather events such as hurricanes and wildfires, and the potential for portions of the earth to become uninhabitable if warming passes a “tipping point” and becomes irreversible.

“Climate change has arrived and is accelerating faster than many scientists expected,” says Ripple, who in 2017 published a warning to humanity about global environmental problems which was signed by more than 15,000 scientists from 184 countries. “Despite 40 years of major global negotiations, we have continued to conduct business as usual and have failed to address this crisis.”

Their paper identifies a series of climate change “vital signs”—such as carbon dioxide emissions, which rose in 2018 for the first time in four years—intended to “help people understand the magnitude of the problem that we’re facing,” according to Ripple, the lead author of the study.

The paper outlines six steps the world must take to address the calamity: switch from relying on fossil fuels to renewable energy; cut emissions of short-lived pollutants such as methane, much of which comes from the belches and farts of cattle, soot, which comes from burning fossil fuels, and hydrofluorocarbons, which mainly come from refrigerants; restore and protect natural ecosystems from coral reefs to forests to grasslands to help sequester carbon dioxide; eat fewer animal products; convert to a carbon-free economy; and stabilize the population.

Global carbon emissions continue to rise dramatically despite a global consensus that climate change should be treated as an emergency. Amid devastating wildfires, melting glaciers, and rising seas, the paper is yet another warning of the calamitous consequences unchecked climate change will produce.

“Mitigating and adapting to climate change while honoring the diversity of humans entails major transformations in the ways our global society functions and interacts with natural ecosystems,” the authors write. “The good news is that such transformative change, with social and economic justice for all, promises far greater human well-being than does business as usual. We believe that the prospects will be greatest if decision-makers and all of humanity promptly respond to this warning and declaration of a climate emergency and act to sustain life on planet Earth, our only home.”