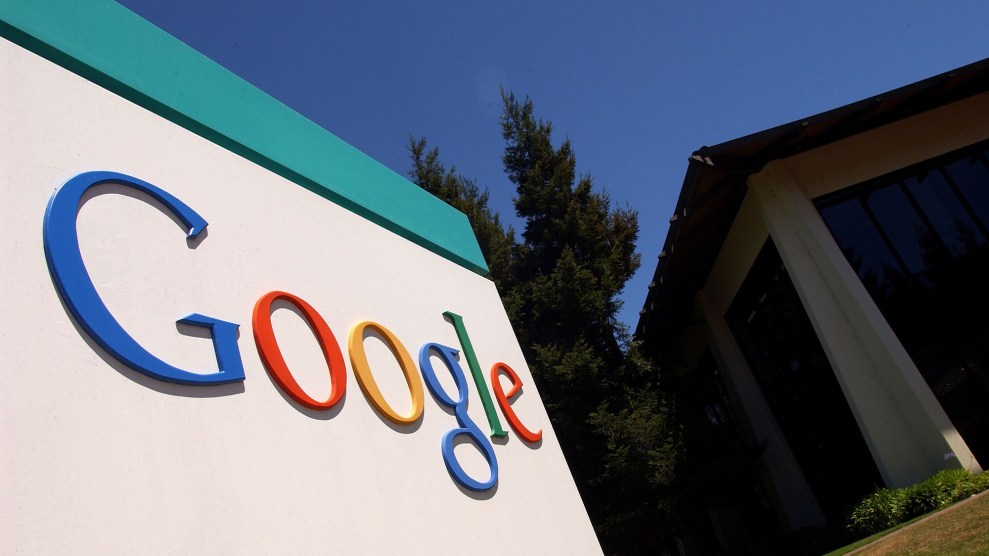 Google has made “substantial” contributions to some of the most notorious climate deniers in Washington despite its insistence that it supports political action on the climate crisis.

Among hundreds of groups the company has listed on its website as beneficiaries of its political giving are more than a dozen organizations that have campaigned against climate legislation, questioned the need for action, or actively sought to roll back Obama-era environmental protections.

The list includes the Competitive Enterprise Institute (CEI), a conservative policy group that was instrumental in convincing the Trump administration to abandon the Paris agreement and has criticized the White House for not dismantling more environmental rules.

Google said it was disappointed by the US decision to abandon the global climate deal, but has continued to support CEI.

Google is also listed as a sponsor for an upcoming annual meeting of the State Policy Network (SPN), an umbrella organization that supports conservative groups including the Heartland Institute, a radical anti-science group that has chided the teenage activist Greta Thunberg for “climate delusion hysterics”.

SPN members recently created a “climate pledge” website that falsely states “our natural environment is getting better” and “there is no climate crisis”.

Google has defended its contributions, saying that its “collaboration” with organizations such as CEI “does not mean we endorse the organizations’ entire agenda.”

It donates to such groups, people close to the company say, to try to influence conservative lawmakers, and – most importantly – to help finance the deregulatory agenda the groups espouse.

A spokesperson for Google said it sponsored organizations from across the political spectrum that advocate for “strong technology policies”.

“We’re hardly alone among companies that contribute to organisations while strongly disagreeing with them on climate policy,” the spokesperson said. Amazon has, like Google, also sponsored a CEI gala, according to a program for the event reported in the New York Times.

CEI has opposed regulation of the internet and enforcement of antitrust rules, and has defended Google against some Republicans’ claims that the search engine has an anti-conservative bias.

But environmental activists and other critics say that, for a company that purports to support global action on climate change, such tradeoffs are not acceptable.

“You don’t get a pass on it. It ought to be disqualifying to support what is primarily a phony climate denying front group. It ought to be unacceptable given how wicked they have been,” said Sheldon Whitehouse, a Democratic senator from Rhode Island who is one of the most vocal proponents of climate action in Congress.

“It ought to be disqualifying to support what is primarily a phony climate denying front group. It ought to be unacceptable given how wicked they have been.”

“What all of corporate America should be doing is saying if you are a trade organization or lobby group and you are interfering on climate, we are out. Period,” he added.

On its website, Google says it is committed to ensuring its political engagement is “open, transparent and clear to our users, shareholders, and the public”.

But the company declined to answer The Guardian’s questions on how much it has given to the organizations.

On a webpage devoted to “transparency”, it describes the groups – among hundreds of others, including some progressive advocates such as the Center for American Progress – as having received “substantial” contributions.

Apart from CEI, they include the American Conservative Union, whose chairman, Matt Schlapp, worked for a decade for Koch Industries and shaped the company’s radical anti-environment policies in Washington; the American Enterprise Institute, which has railed against climate “alarmists”; and Americans for Tax Reform, which has criticised companies who support climate action for seeking out “corporate welfare”.

It has also donated undisclosed sums to the Cato Institute, which has voiced opposition to climate legislation and questioned the severity of the crisis. Google has also made donations to the Mercatus Center, a Koch-funded think tank, and the Heritage Foundation and Heritage Action, a pressure group that said the Paris agreement was supported by “cosmopolitan elites” and part of Barack Obama’s “destructive legacy”.

Bill McKibben, a prominent environmentalist who has been on the frontline of the climate crisis for decades, said Google and other companies were engaged in a “functional greenwashing” given the contradiction in their public pronouncements and private donations. He said Google and other technology companies had also not used their own lobbyists to advocate for change on climate.

“Sometimes I’ll talk to companies and they will be going on and on about their renewable server farm or natural gas delivery, and I say thank you, but what we really need is for your lobbying shop in Washington to put serious muscle behind it. And they never do,” McKibben said. “They want some tax break or some regulations switch and they never devote the slightest muscle behind the most important issue of our time or any time.”

A spokesperson for Google said: “We’ve been extremely clear that Google’s sponsorship doesn’t mean that we endorse that organization’s entire agenda – we may disagree strongly on some issues.

“Our position on climate change is similarly clear. Since 2007, we have operated as a carbon neutral company and for the second year in a row, we reached 100% renewable energy for our global operations.”

The company said it called for “strong action” at the climate conference in Paris in 2015 and helped to sponsor the Global Climate Action summit in San Francisco last year.

But that position is at odds with the support it gives to CEI.

The group’s director of energy and environment policy, Myron Ebell, helped found the Cooler Heads Coalition 20 years ago, a group of libertarian and rightwing organizations that have sowed the seeds of climate denial with funding from the fossil fuel industry.

When Donald Trump was elected to the White House in 2016, Ebell joined the transition team and advised the new president on environmental issues, successfully lobbying Trump to adhere to a campaign promise and abandon the Paris agreement.

Kert Davies, the founder of the Climate Investigations Center, a research group that examines corporate campaigning, said Ebell had led the anti-climate-action crusade for decades.

“They’re extremists,” he said, referring to the Cooler Heads Coalition. “They are never finished,” he said. “Myron has taken a lot of credit for Trump’s actions and is quite proud of his access.”

Recently, however, Ebell – who declined a request for an interview – has criticized the White House for not rolling back environmental protections aggressively enough, even though the Trump administration has gutted every major environmental act established under Obama.

His wishlist now includes reversing a 2009 finding by the Environmental Protection Agency that CO2 and other greenhouse gases endanger the health and welfare of Americans.

CEI said it “respects the privacy of its donors” and declined to answer questions about Google. A CEI spokesperson told the Guardian: “On energy policy, CEI advances the humanitarian view that abundant and affordable energy makes people safer and economies more resilient. Making energy accessible, especially for the most vulnerable, is a core value.”

One source who is familiar with Google’s decision-making defended the company’s funding of CEI.

“When it comes to regulation of technology, Google has to find friends wherever they can and I think it is wise that the company does not apply litmus tests to who they support,” the source said.