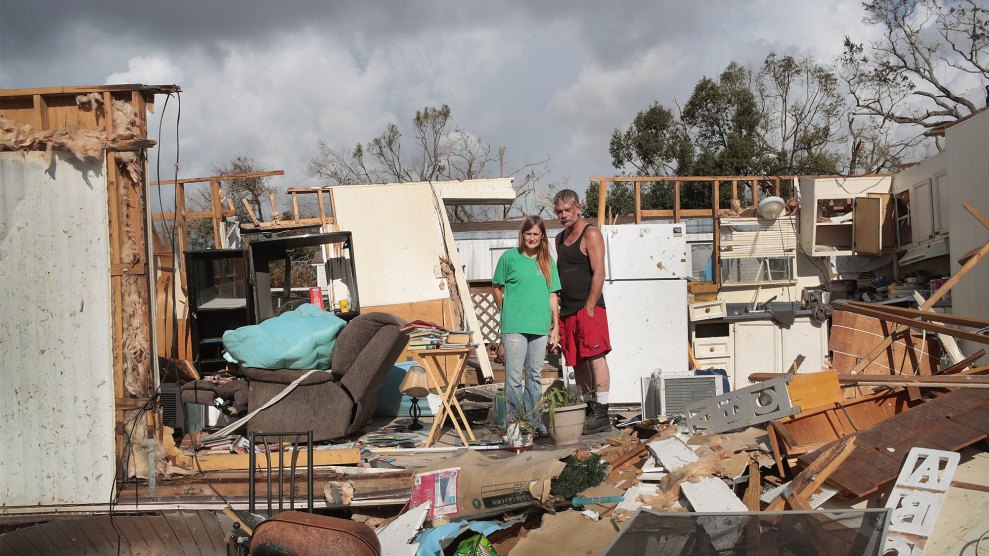 A Florida couple stands in the ruins of their home after Hurricane Michael in October 2018.Scott Olson/Getty

Today marks the official start of the 2019 hurricane season. While experts predict it will be a “near-normal” season in the Atlantic Ocean, it still could wreak havoc.

The National Oceanic and Atmospheric Administration’s Climate Prediction Center expects as many as 15 named storms and 2 to 4 major hurricanes this season, which runs from June 1 to November 30. An average season has three major hurricanes classified as category 3, 4, or 5 storms. Overall, NOAA predicts there will be a 40 percent chance of a “near-normal” season.

The ongoing El Niño is expected to suppress the intensity of this hurricane season, according to NOAA. However, unusually warm sea-surface temperatures in the Caribbean combined with an enhanced West African monsoon are expected to increase hurricane activity.

Climate experts have said that global warming will cause more extreme weather events and will likely make hurricanes more intense.

The Trump administration has been criticized for falling short on its emergency response after Maria hit Puerto Rico, killing more than 2,500 people. A year and a half later, residents are still waiting for funds to rebuild the island. President Donald Trump’s feud with Puerto Rican government officials continues as hurricane season starts.

For the fifth year in a row, a tropical cyclone broke before the start of the season. On May 20, subtropical storm Andrea hit east of the Bahamas.

NOAA also forecasts that the Pacific has a 70 percent chance for an above-normal season. The agency is expecting at least 15 to 22 named storms, of which 8 to 13 are expected to become hurricanes.