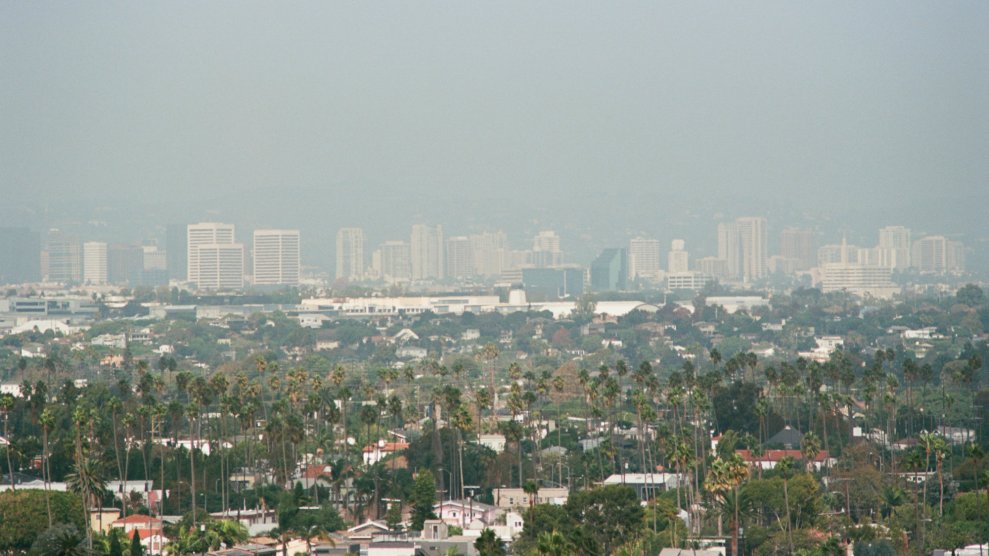 An increasing number of Americans live in places with unhealthy levels of smog or particulate air pollution—both of which are being made worse by climate change, according to a new report.

Air quality in the US has been improving since the 1970s, but that progress may be backsliding and 43 percent of Americans are now living in places where they are breathing unsafe air, according to the American Lung Association report.

As temperatures rise, wildfires are getting worse and spewing smoke across the west. And more smog, or ozone, is forming on warmer days.

For the three hottest years on record, 2015 through 2017, about 141 million people lived in US counties that saw unhealthy levels of particle pollution, either in a single 24-hour period or over a year, or unhealthy levels of smog. That is 7 million more people than in the group’s last report.

“We’re seeing in this year’s report the impacts of climate change on air quality in really stunning terms,” said Paul Billings, a vice-president for the association.

Eight communities set records for days with spikes in particle pollution, surpassing the group’s data back to 2001, Billings said.

Western wildfires might be to blame for much of the uptick, and next year’s report counting 2018 is expected to be even worse, he said.

In California, Bakersfield and the Fresno area had among the worst air quality in the country, according to all three measurements. Los Angeles continued to rank worst for smog. Fairbanks, Alaska, ranked third for particle pollution, probably because so many people burn wood to heat their homes.

The report is the health advocacy group’s annual assessment of government data.

The federal government’s National Climate Assessment explains that smog levels can increase with warmer days and both smog and particle pollution can increase when weather is stagnant. Worse droughts could also lead to more wind-blown dust.

Air pollution has fallen for decades in the US, due to pollution laws like the 1970 Clean Air Act and the use of less coal and more natural gas.

One 2018 study found that deaths from air pollution in the US were cut in half between 1990 and 2010. But they still accounted for one out of every 35 deaths—more than from traffic accidents and shootings combined.

In comparison, more than 5.5 billion people worldwide, 75 percent of the population, live in places that do not meet the World Health Organization standard for limiting particle pollution, according to the University of Chicago.

The Trump administration has sought to roll back Obama-era environmental progress, including on air and climate pollution regulations, such as rules for power plants and cars.

Miles Keogh, the executive director for the National Association of State Air Agencies, said weakening air standards would mean “walking away from a winning strategy”.

“We’ve got the tools here,” Keogh said. “We’ve got to use them to shore it up, adapt them to a changing climate and not walk away from things that work.”