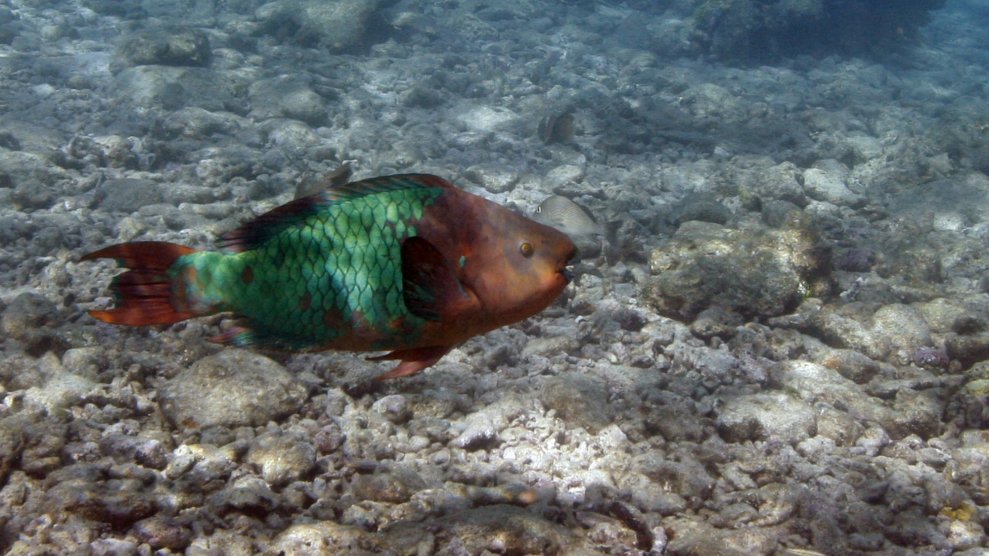 A parrotfish swims over a dead coral reef in the Florida Keys National Marine Sanctuary near Key West, Fla.Wilfredo Lee/AP

Officials in Key West, the popular Florida holiday destination, have decided to ban the sale of sunscreens containing certain chemicals blamed for harming the only living coral reef found in the continental US.

The Key West city commission voted 6-1 on Tuesday to ban the sale of sunscreens containing oxybenzone and octinoxate within the island city, which is part of the Florida Keys archipelago found off the southern tip of the state.

The vote followed a public meeting where marine biologists and conservations decried harmful sunscreens, pointing to research that suggests the chemicals alter corals’ DNA and weaken their immunity to disease. The ban will start in 2021.

“We have one reef, and we have to do one small thing to protect that,” said Teri Johnston, mayor of Key West. “It’s our obligation.”

Last year, both Hawaii and the Pacific nation of Palau prohibited the sale of certain sunscreens, citing the impact on their own declining coral reefs.

Some doctors have opposed banning the sunscreens, arguing the move would increase the risk of skin cancers. Scientists, too, have been divided. In response to a push in Australia to ban sunscreens, the prominent coral reef expert Terry Hughes said: “People make a long list of bad things that human beings do to coral reefs—I would place sunscreen at number 200.”

Even if sunscreens are banned, coral reefs around the world face being virtually wiped out on current global warming trends. Corals get stressed and can die in high ocean temperatures, with localized pollution and clumsy tourists also degrading reefs that are vital to a host of marine creatures.

Florida has the world’s third largest barrier reef, with nearly 1,400 species of plants and animals and 500 species of fish, but the reef is vanishing fast. Research has found that roughly half of the reef has disappeared over the past 250 years. Coverage of acropora, the primary genus of reef-building corals, has plummeted 97 percent.