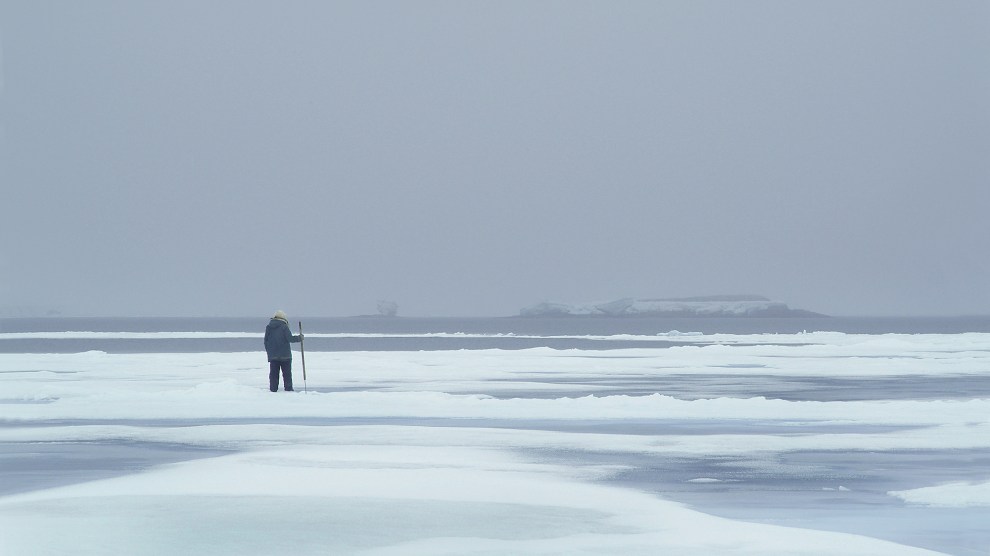 Over the last year, Rebecca, a 35-year-old woman living in Washington, DC, had been losing sleep over the seemingly endless flow of apocalyptic environmental news. She fretted about the Trump administration’s loosening of emissions regulations and the United Nations’ dire predictions about climate change. In October, she sought help from a psychiatrist who put her on an antidepressant. “It sort of saps your emotional reserves,” she says, “this constant background feeling of anxiety.”

Forty percent of Americans reported hearing about climate change in the media at least once a month in 2015, and about half said they were worried about the topic that year, making it “a powerful environmental stressor,” according to a 2016 federal report. And that’s not the only way global warming causes psychological problems: A recent report from the American Psychological Association and Washington-based nonprofit ecoAmerica details some of the effects of natural disasters on mental health, including social disruption, depression, post-traumatic stress disorder, and suicide. Research suggests that heat waves affect our neural regulation, weakening our ability to regulate our emotions, and that people are more aggressive and less empathetic during warm periods. As Stanford University researcher Sanjay Basu put it to me, “We kind of lose our cool.”

Indeed, evidence suggests a connection between rising temperatures and suicide. A study published in July by researchers from California, Canada, and Chile found that as temperatures climbed over the course of decades in the United States and Mexico, so did suicide rates—by 0.7 percent and 2.1 percent, respectively. In Finland, more than 250 years of data show that temperature variability accounted for more than 60 percent of suicide variance. Poring over historical records, researchers found that positive correlations existed between temperatures and suicide rates from 1751 (when statistical authorities began documenting suicides in the country) until 1990, when a national suicide prevention program was put into place. Meanwhile, in Greece, male suicide rates correlate more significantly with temperature than with unemployment, even as the country’s unemployment rate has ballooned over the last 10 years. Indeed, climatic variables are consistently a better predictor of suicide than socioeconomic factors, according to a 2016 study of 29 European countries over a 13-year period. “Since meteorological variables seem to have an impact on mental health, there are concerns that climate change could lead to an increase in the rates of mental disorders and especially addictions and suicide rates,” the authors wrote.

“There are concerns that climate change could lead to an increase in the rates of mental disorders and especially addictions and suicide rates.”

Climate change takes an especially high toll on the mental health of native communities. As snow and ice levels change, Inuit populations in circumpolar Canada, whose land is part of their cultural identity, experience increased family stress, drug and alcohol use, and suicidal ideation, according to a 2013 study led by Memorial University’s Ashlee Cunsolo. In 2017, University of Illinois social work professor Shanondora Billiot found that members of the United Houma Nation in southern Louisiana feel disconnected from ancestral land shaped by environmental changes and pollution—they lose, for example, cultural traditions that rely on the land, and they feel unable to protect that land, compounding the damage.

Treating the psychological effects of climate change won’t come cheap. The Integrated Benefits Institute, a nonprofit insurance research group, notes that mood disorders lead to lost productivity and expensive short-term disability leaves. For every 1,000 US employees, mood disorders in the workforce cost about $232,000 in excess health care treatments and lost work time, and disability claims for mood disorders cost about $9,800 per employee. “These are not trivial,” says Brian Gifford, IBI’s director of research and analytics.

On February 6, as much of the United States was recovering from a polar vortex that caused temperatures to drop to nearly 40 below zero in some areas, the IBI released a new report showing that disability claims for depression and acute stress increase as temperatures decrease. Claims begin to rise noticeably once temperatures dip below 30 degrees, with a spike as soon as temperatures fall below zero. “While low temperature events such as the polar vortex may not constitute a disaster in the same destructive sense as tornadoes or hurricanes, the geographic and economic scale—and predictions that they will become more common as climate change progresses—warrants greater attention from employers,” Giffords writes in the report.

So what’s to be done about this tide of climate-related trauma? The Climate Psychiatry Alliance, a group of activist-minded psychiatrists, has compiled an open-access library with dozens of papers on the relationship between climate and mental health; they also recommend that health professionals fight climate change at an individual level by “greening” hospital systems and working with patients to build individual resiliency behaviors.

At a federal level, the Centers for Disease Control and Prevention has created a public-health action framework called BRACE—Building Resilience Against Climate Effects—and in June awarded grants to several cities, states, territories, and Native American tribes to fund climate and health work. A spokesperson for the CDC said in an email that while BRACE does not specifically address psychological distress, “health departments implementing the BRACE framework may choose to focus on mental health based on their vulnerability assessments.”

And while the executive branch doesn’t seem invested in working to mitigate climate change, a 1990 law mandates that a nonpartisan scientific committee called the US Global Change Research Program report to Congress and the president every four years on climate change’s consequences. The most recent assessment, released in November, details the mental health consequences of both short- and long-term climate-change-related events—and notes the impacts are worse for people in poverty, tribal and indigenous communities, and first responders.

Meanwhile, patients like Rebecca now have a name for their climate-triggered mental anguish. Last April, Memorial University’s Cunsolo and a colleague coined the term “ecological grief”: the profound sadness that people feel as a response to loss of animal species, ecosystems, and landscapes. Cunsolo had noticed this trend as she was working with indigenous people in Canada; her colleague, the University of Western Australia’s Neville Ellis, had noticed it among farmers in the drought-ridden Australian Wheatbelt. When the two researchers published their findings in Nature Climate Change, they immediately heard from readers for whom the idea hit home. Going forward, Consulo says, “I think ecological grief is going to be one of those key human experiences in this rapidly changing climate that we live in.”