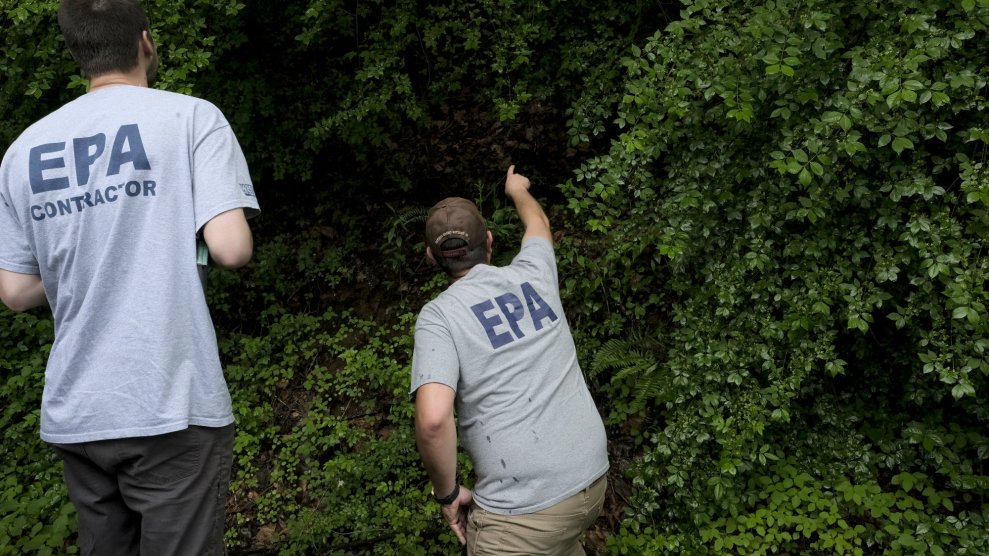 The US government shutdown has stymied environmental testing and inspections, prompting warnings that Americans’ health is being put at increasing risk as the shutdown drags on.

More than 13,000 employees at the Environmental Protection Agency are not at work, with just 794 people deemed essential staff currently undertaking the agency’s duties.

The remaining skeleton staff are able to “respond to emergencies involving the safety of human life or the protection of property”, according to an EPA planning document. But many routine activities, such as checks on regulated businesses, cleanups of toxic superfund sites, and the pursuit of criminal polluters, have been paused since December 28.

“EPA employees want to get back to work, they have bills and mortgages to pay. These are dedicated public servants who took an oath to serve and protect the American people. The states and community groups can’t do this work on their own.”

In some instances, state officials will be able to continue EPA-aligned tasks, such as deal with hundreds of former industrial facilities and other polluted areas known as superfund sites. An EPA spokeswoman said the agency will “continue to respond at sites where there is an imminent threat to the safety of human life” but that superfund cleanups have halted.

A senior EPA employee, who has been sidelined from work, said it will take weeks for the agency to catch up with its core functions once the shutdown is over.

“You’re just keeping the patient alive right now,” the staffer, who asked not to be named, said. Some staff, already disgruntled at the Trump administration’s rollbacks of environmental protections, are preparing to march in protest to the White House on Thursday, with working colleagues urged to call in sick.

The situation at the EPA means “communities across the country are forced to stand by while water and soil go untested, air is fouled, science is suspended, and looming threats from climate change grow more perilous,” said Elgie Holstein, a senior director at the Environmental Defense Fund.

“The shutdown serves as another reminder of the vital, underappreciated role that EPA and public health and environmental agencies play in keeping Americans out of harm’s way. An extended shutdown only increases the risks to the American people.”

The shutdown, sparked after President Donald Trump was unable to secure funds for a border wall with Mexico, has had a sweeping impact across government agencies that deal with the environment.

Disaster relief payments to people harmed by hurricanes Michael and Florence have been delayed, preparations to battle wildfires in Alaska have been hampered, and testing to ensure toxic chemicals aren’t leaking into the lower Cape Fear River in North Carolina has been halted.

Forecasters at the National Hurricane Center in Miami have suspended work on predicting the next storm season, in the wake of a punishing series of hurricanes in 2018. National parks have been left unstaffed but open, leading to mountains of rubbish and several deaths.

Work to push ahead the Trump administration’s goal of opening up more land and water to fossil fuel extraction largely continues, however. The Interior Department is still handing out permits for oil drilling on federal land and the Gulf of Mexico, as well as pushing ahead with plans to drill in the Alaskan Arctic.

“While he’s closed the government to the American people, Trump has hung up an ‘open for business’ sign for corporate polluters,” said Melinda Pierce, legislative director of the Sierra Club.